Unable to find a suitable name for his comic strip depicting the antics of his four year old son, it was "one" day that Dennis at four years old, refused to take a nap and went about messing up his room.

It was on this day that Dennis' mother (Alice) exclaimed to his father, "Your son is a menace!"

On March 12, 1951, the precocious yet lovable, freckle-face boy in comic strip form made its debut in sixteen syndicated newspapers. 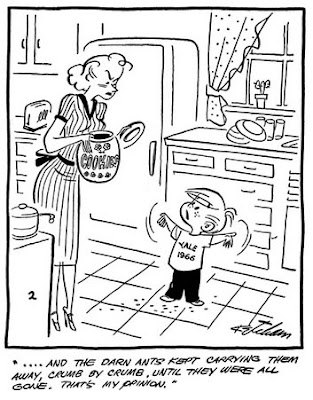