Pocomoke City Mayor Bruce Morrison attended a meeting of the citizen's group that had been formed in support of former police chief Kelvin Sewell.

http://www.wboc.com/story/29731199/embattled-pocomoke-mayor-meets-group-that-called-for-his-resignation
Posted by tk for PPE at 6:01 AM No comments:

Monday night's meeting of the Pocomoke mayor and city council was addressed by two local pastors representing the group "Citizens For A Better Pocomoke" who asked that former Pocomoke police chief  Kelvin Sewell be reinstated to his former position.

According to an Associated Press report, Mayor Bruce Morrison said he was willing to work with the group but "I don't see that happening, bringing Chief Sewell back."

The AP report stated the meeting began on a cordial note but turned into sharp exchanges between audience members, the mayor and councilman George Tasker, and the mayor brought the meeting to a close.
Posted by tk for PPE at 6:22 AM 9 comments:

1. Call to Order and Pledge of Allegiance.

3. Review and approval of bills to be paid.

4. Discuss letter of request from Chamber of Commerce for use of Cypress Park for Pocomokeoberfest - Saturday, September 26, 2015. (letter to be attached)

6. Discuss letter of request from Pentecostal Church of God of Lincoln, Inc. for use of City lot located at 401 Fifth Street (parcel 1250) for Community Fun Fair -Saturday, August 22, 2015. (letter to be attached)

7. Pastor Ronnie White and Reverend James Jones to address the Mayor and Council.
Comments from the Audience. 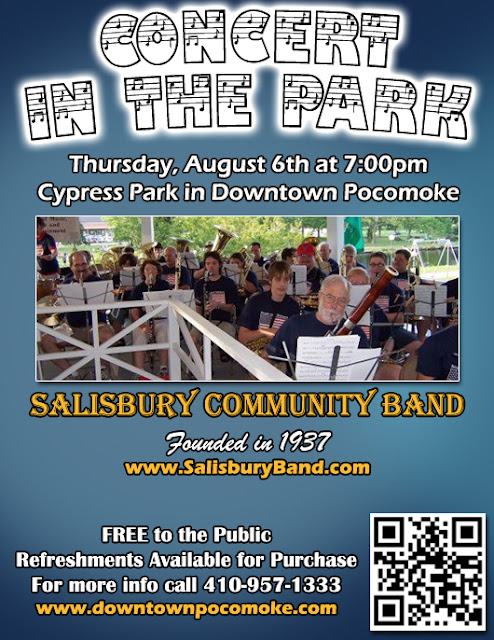 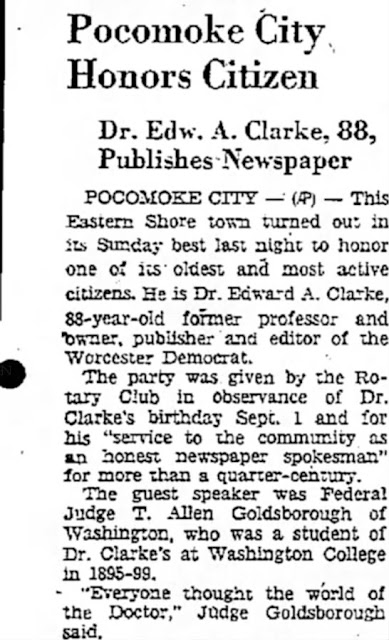 During the first week of January,1955, about 350 citizens from Pocomoke and Snow Hill, who had been organized as fact-finding groups, attended a meeting at Stephen Decatur High, the new consolidated school serving Ocean City and Berlin. They toured the school and were to gather information and opinions and forward their findings on to the Worcester County Commissioners, and legislators.

It was reported that the cost of a consolidated school would be $1,500,000, while separate schools would each cost half that amount.

Following the meeting it was reported that about half of those in attendance were favorable to Pocomoke and Snow Hill sharing a consolidated school similar to Stephen Decatur, a much lesser number favored two separate schools and the remainder were reserving opinion.  Pocomoke and Snow Hill PTA 's were to host  meetings the following week to gather public opinion on the matter and as to whether a county-wide referendum should be held.

Stockton residents presented the County Commissioners with a petition favoring the consolidated school, signed by 175 of 201 of its citizens who were approached.

The heads of the fact-finding committees from Snow Hill and Pocomoke expressed the opinion that a consolidated school would be more practical than two separate schools.  The Board Of Education appeared to agree with proponents that better educational facilities at a lower cost could be provided with a consolidated school.

But a delegation of city officials and businessmen headed by the mayors of Pocomoke and Snow Hill told the County Commissioners that they favored separate schools for each community and their respective city councils had voted resolutions in support of that choice.

Proponents for a consolidated school claimed support for their cause was in the majority.  They had meetings with the County Commissioners, Board Of Education, and members of Worcester County's state legislative delegation but the final decision of the County Commissioners was to pursue separate High Schools for Pocomoke and Snow Hill.  In March the Maryland legislature passed a bond bill funding construction of the separate schools.

Julian "Juke" Tyler, Crisfield's Clerk/Treasurer since February, 1977, will become the city's first City Manager within the next few days. The city council has amended its charter to add the position of city manager to the city administration. In his new position, Mr. Tyler will become deputy mayor, and with the approval of the Mayor and Council, shall appoint heads of all offices, departments, and agencies of the city government as established by the charter, or by ordinance.

When Mr. Tyler stepped up to his new position, he was replaced by Gail Rayfield as clerk/treasure. She was formerly assistant clerk/treasurer.

SKELETONS AND WHISKEY BOTTLES FOUND TOGETHER

ONANCOCK, Nov.12. (AP)- Excavators for the new post office which is to be built here with public works administration money have unearthed skeletons and whiskey bottles.

It is local opinion that the skeletons were left by the Indians, the whiskey bottles by the whites.

Six skulls were found and amateur archaeologists here say the spot probably served as a burial place for the Onancock Indian tribe; arrowheads and tomahawks have been found in nearby fields.

In more recent days a bar was located on the site.  That is believed to account for the presence of the bottles. 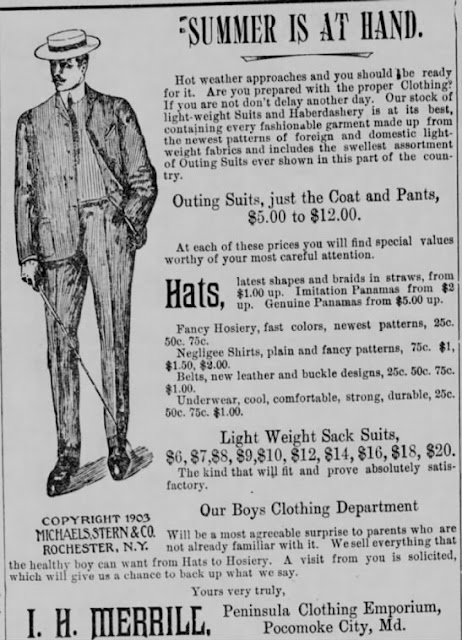