(April 7, 2017) Removing itself from the liquor business became less costly for Worcester County government Tuesday, when the bids for the Worcester County Shore Spirit liquor store in Pocomoke City came in shockingly high.

Five bidders submitted proposals to take over the lower county operation, which had been valued in the hundreds of thousands of dollars, with top bidder Kalpesh Patel of Berlin offering at $1.175 million.

http://www.oceancitytoday.net/p/bids-for-county-liquor-store-in-pocomoke-exceed-1m/1640496
Posted by tk for PPE at 5:54 AM 3 comments:


Pink will be the word and color in Berlin this Saturday with a day devoted to raising funds for the Susan G Komen Breast Cancer Research Center.

Read more about it here:

Also on Saturday it's the Sixth Annual Komen  Race For The Cure in Ocean City with more than a thousand participants expected.

Email ThisBlogThis!Share to TwitterShare to FacebookShare to Pinterest
Labels: fundraiser


A 1944 article in the Salisbury Times about a new book on Eastern Shore rivers by author Herbert Footner cited a favorite story of his about Beverly Mansion at Kings Creek, near Princess Anne.

He wrote that the mansion was built by Nehemiah King and that his wife, Beverly, refused to set foot in it because of its extravagance. When she died King had her carried into the mansion's parlor and said, "Now Madam King you are in."

And the article mentioned a scheme to rescue Napoleon from his captivity on the island of St. Helena, bring him to America (see articles below) and hide him in a secret room prepared at Beverly Mansion.  Napoleon died shortly before the rescue attempt.  Another speculation was that Napoleon would have been given refuge on the Eastern Shore of Virginia.

Note:  Beverly Mansion near Princess Anne is also known as Beverly Manor, not to be confused with Beverly Plantation (circa 1770) on the Pocomoke River near Pocomoke City. 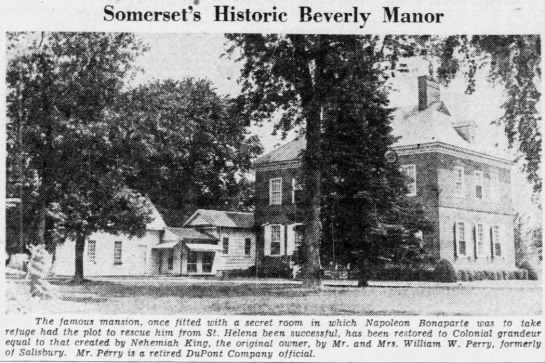 (Picture text:)
The famous mansion, once fitted with a secret room in which Napoleon Bonaparte was to take refuge had the plot to rescue him from St. Helena been successful, has been restored to Colonial grandeur equal to that created by Nehemiah King, the original owner, by Mr. and Mrs. William W. Perry, formerly of Salisbury. Mr. Perry is a retired DuPont Company official. 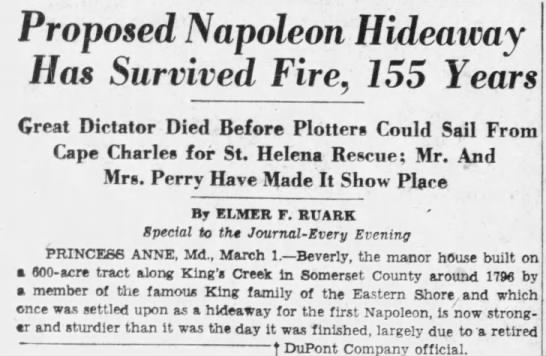 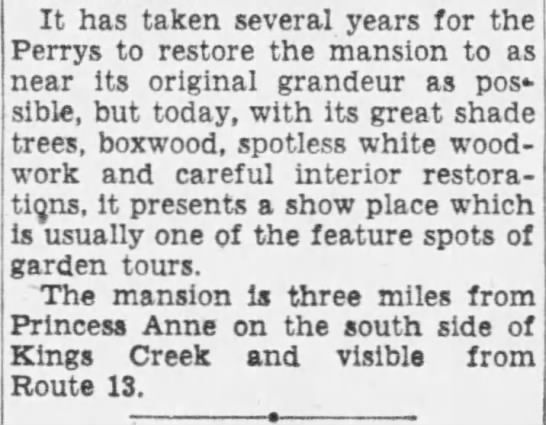 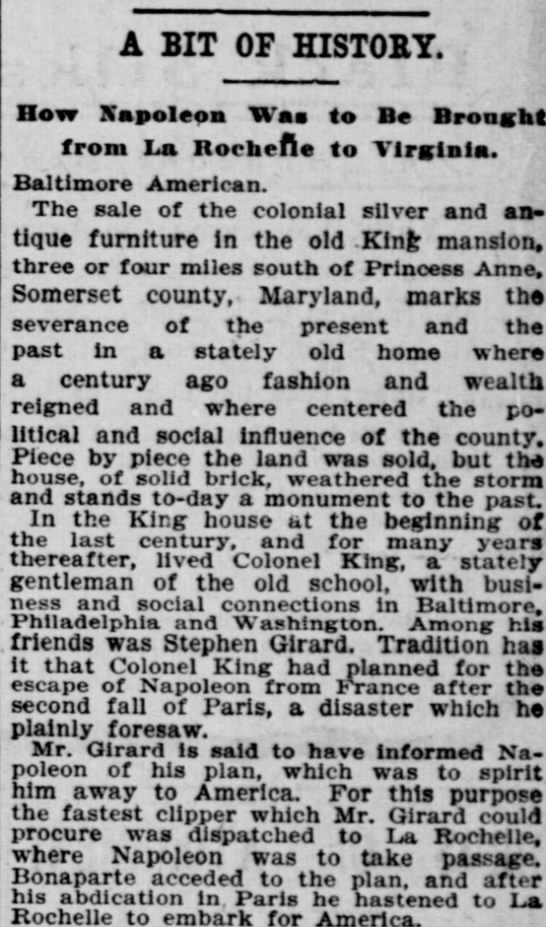 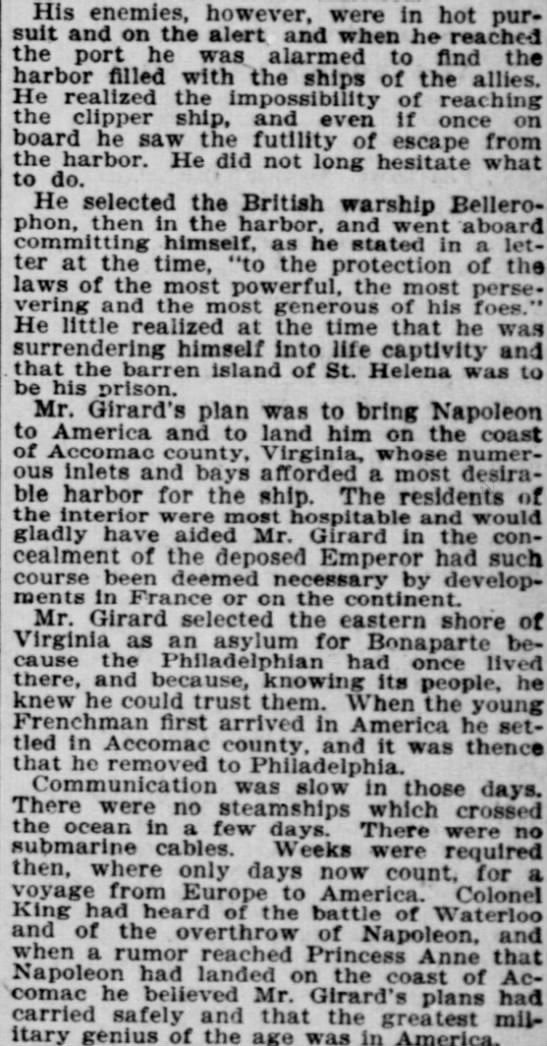 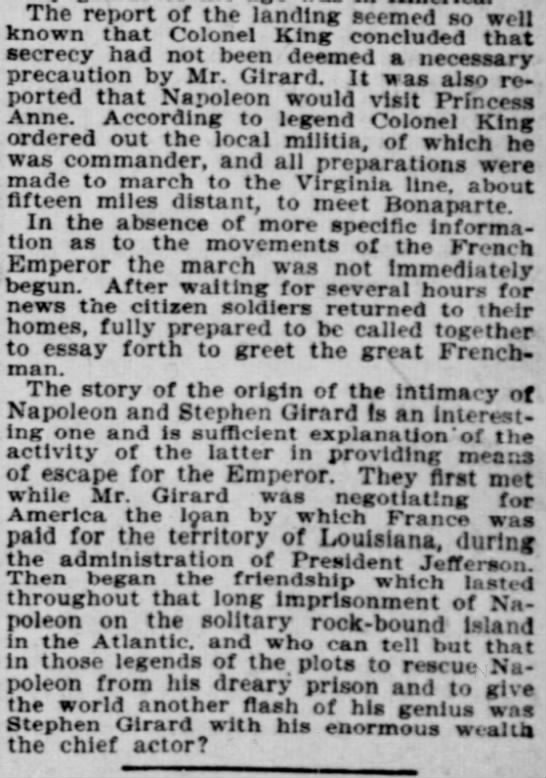