Firing of Sewell was LEGAL

Courtesy of WMDT:
*** Update***
New information obtained by 47 ABC shows the June 29 firing of Pocomoke City Police Chief Kelvin Sewell was legal, disputing the claim made by councilmember Diane Downing that it was not.

In an August 3 interview with 47 ABC, Downing said that the vote to remove Sewell was a violation of the charter because the charter states only the city manager has power to fire the chief of police. Downing said that because former city manager Russell Blake was allegedly still in office on the day of the vote, the power to fire Sewell should have been his. However according to a memo that was sent by Blake to both the mayor and city council, Blake had officially retired days before the vote occurred.

The memo addressed June 26, 2015 reads, “I will be formally and officially retired from the position of City Manager as of 3:00 p.m. on this date.”

During the July 13 city council meeting, City Attorney Bill Hudson maintained the vote was legal, citing that Blake had already finished his term at the time of the vote therefore allowing the council to vote on personnel matters.

Despite the new evidence, Councilmember Downing still says she never received this memo, nor knew of its existence.
Posted by tbayres at 11:30 PM 10 comments:


POCOMOKE CITY, Md. – The American Civil Liberties Union of Maryland has filed a second complaint in a month against Pocomoke City officials for violations of the Maryland Open Meetings Act (MOMA).The latest complaint concerns unannounced, closed meetings held by Town Officials in late June,  during which the decision was made to fire Pocomoke’s former Police Chief, Kelvin Sewell. The complaint was filed with the Maryland Open Meetings Compliance Board on behalf of Stephen Janis, a reporter for The Real News Network, a Baltimore-based non-profit news organization. As with the ACLU’s first complaint, which pertained to the media being barred from a Pocomoke Council meeting on July 13, this complaint again relates to Pocomoke City’s controversial firing of Sewell. At the time of the firing, no explanation was given for the town’s action, and many in the community were angry and upset. Pocomoke officials have so far remained silent about the process and basis upon which they arrived at their decision to terminate Chief Sewell.
Posted by tk for PPE at 5:47 AM 17 comments: 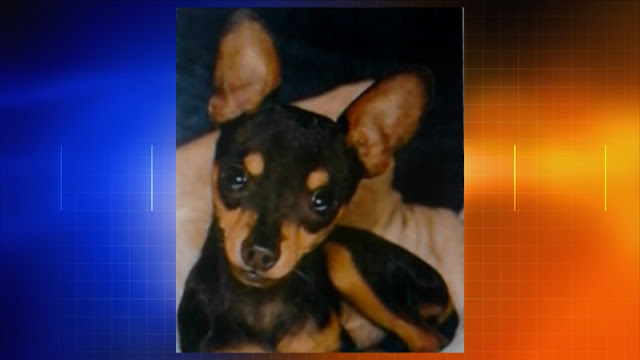 POCOMOKE, MD – A California woman staying with family for several months in Pocomoke is desperately searching for her service dog that went missing Monday night.

Lady is a small 3 year-old Chihuahua with a black and tan coat. She was last seen running into a cornfield near New Bridge Rd. Teona Campbell, Lady’s owner, suffers from chronic epileptic seizures. She has up to five a week and says Lady is her lifeline.
"She'll growl first and then she'll jump on me and then pat me to notify me that I'm having one,” Campbell said. “Within seconds, I'll have it."
A facebook page called "Wheresladybaby" has been created for anyone who might have any information. The family is offering a reward as well. If you have information that might help Campbell locate Lady, please call 562-673-4053.
Posted by tk for PPE at 8:16 PM 1 comment:

Just an idea for clarity

For obvious reasons the city of Pocomoke is unable to release details about exactly why Kelvin Sewell was fired as the chief of police since it is a personnel issue. Now I know the public wants to know exactly why he was fired and the former chief has told his side which in certain aspects does not line up with what has been said by a few others. An idea for Mr. Sewell and his lawyer what if to clear the air because he stated in an open meeting with the city Council asking why he was fired which in my opinion opened the door for the information to be released. What if a letter signed by Mr. Sewell and his lawyer submitted a letter to the city releasing them of all liability and authorizing the full disclosure of all information pertaining to him being fired. Mr. Sewell, this could be how you can clear the air and let the citizens know what really triggered the termination and end the divide in our city. I love my city, and this could potentially solve the problem. Let what is in the dark come to light and this way potentially all could be brought out with no liability on the city.
Posted by tbayres at 5:59 PM 14 comments:

2004.. Welcoming our local troops back from duty in Iqaq and Kuwait; 1941.. What brought some 20,000 to the Ocean City area in March?; 1911.. Pocomoke City women authors battle hymn for women's right to vote; 1951.. Work to start on the most spectacular part of the new Chesapeake Bay Bridge; 1890.. A prohibition church to be built in Crisfield; 1885.. Ad- Toothache Drops (you might be surprised to see the incrediants). 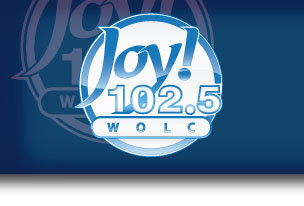 Longtime Christian format radio station WOLC, Princess Anne, signed off the air on Tuesday. Station management said the decision for JOY 102.5 FM to go silent was due to financial difficulties.

The station is being purchased, pending FCC approval, by WBOC  and will be back on the air at a future date. WBOC says a programming format for the station is currently under consideration. 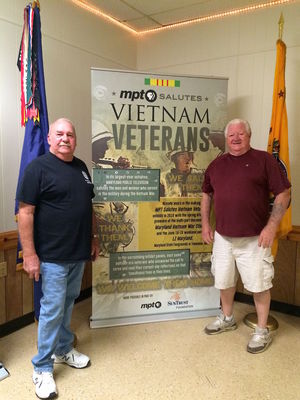 Veterans Dan Erdell, left, and Glenn Murray stand beside a portion of the MPT Salutes Vietnam Veterans Traveling Exhibition, which will be stationed through Friday, Aug. 21, at VFW Post 5118 in Easton. (Star Democrat photo and info)

VFW Post 5118 is locted at 355 Glebe Road in Easton. Phone 410-822-8619. For more information on the MPT Vietnam project and the traveling exhibit's schedule of appearances visit www.mpt.org/vietnam.

AFFAIRS IN WORCESTER COUNTY.- We copy the following from the Snow Hill Shield:

Money Digging.- It is rumored that the people residing on the beach in the vicinity of Phoenix Island are reaping a gold harvest in the way of digging up gold and silver out of the sand. It is supposed to have been deposited on the beach from the wreck of a Dutch galliot, lost on "Dead Man's Shoals" nearly a century ago, and which is said to have drifted on Phoenix Island. The galliot, besides a very valuable cargo of merchandise, had over a million of dollars on board at the time of her loss.

Footnote: Has anyone heard of Phoenix Island?  Could it have been what we know as Assateague Island?

Teachers Pay To Be Debated In Snow Hill

SNOW HILL -  A large crowd is expected to attend an open meeting tomorrow on the question of salary increases for Worcester County school teachers.

The meeting is scheduled for 8 p.m. in Snow Hill High School.

Members of the county's PTA instigated the meeting to air what they feel are the problems incurred by a low teacher wage scale.

It will be up to the county commissioners to make a decision on whether or not an increase will be granted. As a guide they will have a comparison of salaries now being paid in counties throughout the state.

Generally, the PTA thinks an increase of between $200 and $400 will be necessary. Present salary schedules for teachers with a bachelor's degree range from $3,300 to $4,800 over a period of 16 years. 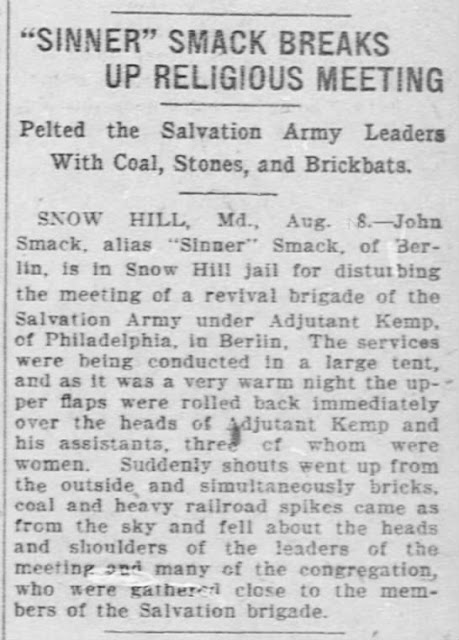 Before the time of Ocean City, Green Run Beach on Assateague Island was a vacation destination for lower Eastern Shore residents as well as visitors from other states along the eastern seaboard.  Its Ocean House Hotel began attracting visitors in 1865. The Ocean House was noted for its local seafood menu and featured live music in a large dance hall, a bowling alley, and  a bar for the gentlemen.  After making their way to Snow Hill, visitors were taken by horse drawn hacks to Public Landing where the sailing sloop "Fairfield" helped complete their journey to Green Run Beach about 20 miles south of where Ocean City came into existence in the mid 1870's. 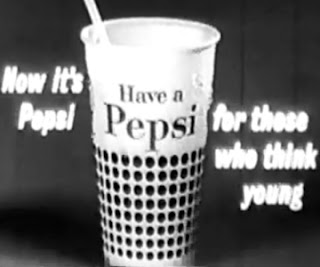 It's a Pepsi television commercial. View it here: