(April 27, 2018) The Worcester County Board of License Commissioners handed out thousands of dollars in fines to six businesses and issued three official letters of reprimand to Worcester businesses for selling alcohol to undercover, underage police cadets during its monthly meeting last week.

https://www.oceancitytoday.net/p/nine-businesses-penalized-for-selling-alcohol-to-minors/1743633
Posted by tk for PPE at 6:21 AM No comments: 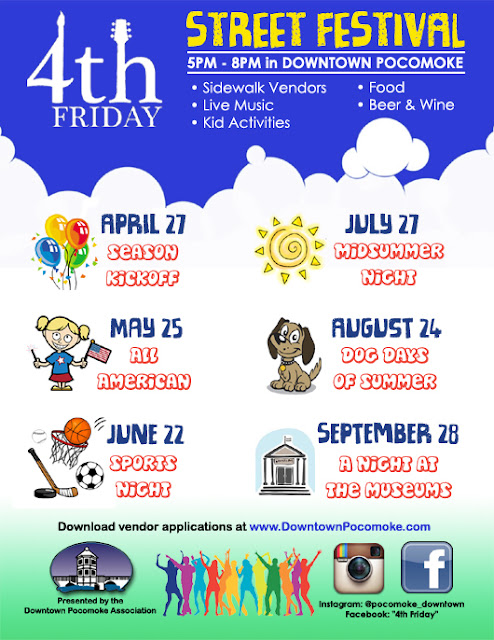 What's this? It's Chessie, the newly named tunnel-boring machine to be used in the new Chesapeake Bay Bridge Tunnel construction project. 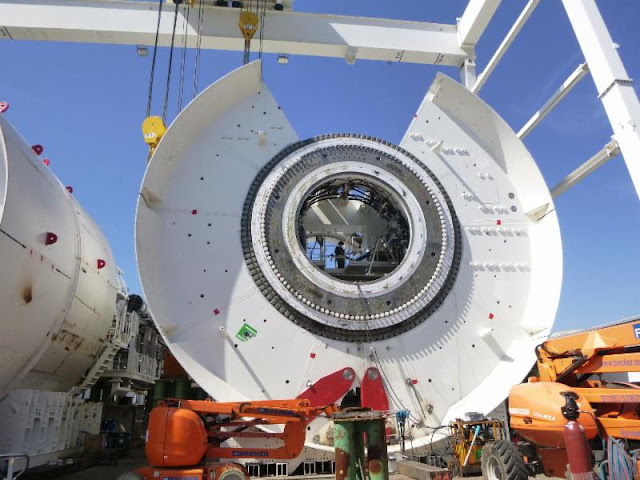 Picture and below info from shoredailynews.com


The Chesapeake Bay Bridge-Tunnel (“CBBT”) and its partners on the Parallel Thimble Shoal Tunnel Project are excited to announce the winning name for the tunnel boring machine: CHESSIE!

The winning entry was submitted by Grace Bentley of Nandua Middle School, located in Onley, VA.

According to the video entry, “Chessie” was a natural choice, founded on the legend of the sea monster who lives deep within the Chesapeake Bay. Sailors who have spotted this creature describe Chessie as a long, snake-like creature, so it is analogous to the 325-foot long TBM that will dig its way through the Bay bottom. The name has remained popular in the Chesapeake Bay region over the years and personifies many things, including boats, trains, trails and animals.

The winning name will be displayed on the side of the TBM during the launching ceremony which is anticipated to take place in 2019.

On-line voting began Monday, April 2 and ran through Friday, April 13 at 4:30 pm EST. The top 10 essays and video as presented by the 6th grade students were made available on the CBBT’s website and the public was invited to vote for their favorite entry.

Naming a tunnel boring machine (TBM) with a female name dates back to early mining traditions, when miners looked to Saint Barbara to protect them as they worked underground.   The naming of the machine in advance of it beginning to work is a sign of good luck for the project ahead.

Each of the winning submissions are available for public view at www.cbbt.com/TBMNamingContest/.

“Every student who participated in this naming contest is to be commended, as their entries expressed a lot of thought and creativity,” stated Jeff Holland, Executive Director for the CBBT. “The Commission extends congratulations to the winners and we appreciate the excellent effort invested by all students to take part in this unique opportunity. We look forward to the students, teachers, and their classes continuing to follow the progress of this tunnel project until it is completed.” 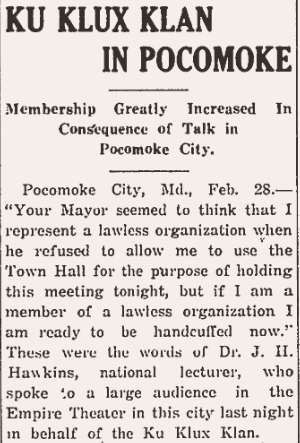 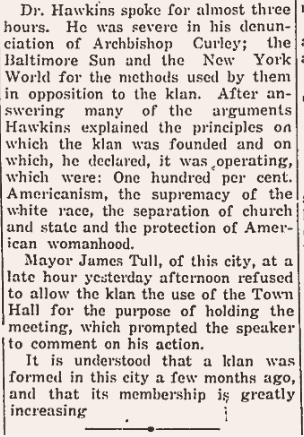 Footnotes: The Empire Theater was located at the southwest corner of Market and Front Streets just across from what is now the  Delmarva Discovery Center. The theater building was one of the few at the north end of Market Street that survived the devastating Pocomoke City fire of 1922.

When my parents moved to the Eastern Shore in the 1930's they were stunned at seeing a posted home-made sign (I believe they said it was at Public Landing) that read "No dogs or Jews allowed."

I recall matters described below that were indicative of public racial insensitivity, to put it mildly, when I was growing up in Pocomoke City in the 1950's.  I don't attribute it to blatant prejudice but largely to an environment that was passed down through generations, white and black, where such things were taken as just the way it was and not questioned.

I recall that in Pocomoke City the water fountain in the Montgomery Wards Department Store had a sign reading "White Only" and the public rest room doors in the Municipal Building had signs reading "White Women" and "White Men." There was a "colored" entrance at the rear of the movie theater and seating for those patrons was only in the balcony.  When "Aunt Jemima" visited Pocomoke City for a promotion at a local food market there was no public accommodation where she could spend the night because of her color. The store owner arranged for her to stay at the residence of the black house cleaning lady who worked for him.
-tk 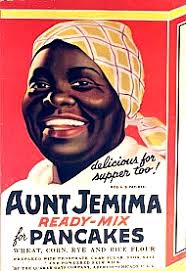 Ethel Ernestine Harper was Aunt Jemima during the 1950s in person, in print and in media. She was the first Aunt Jemima to be depicted on TV and the final "living person" basis for the Aunt Jemima image until it was changed to a composite in the 1960s. She worked as a traveling "Aunt Jemima" on behalf of the Quaker company, giving presentations at schools, churches and other organizations. Prior to assuming the role, Harper graduated from college at the age of 17 and became a teacher. 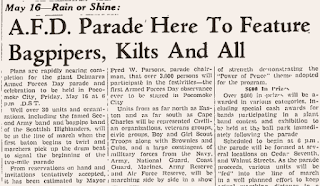 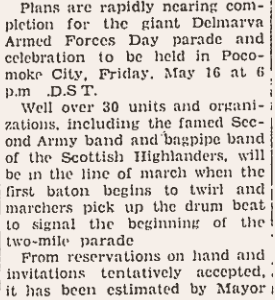 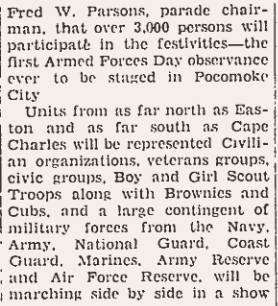 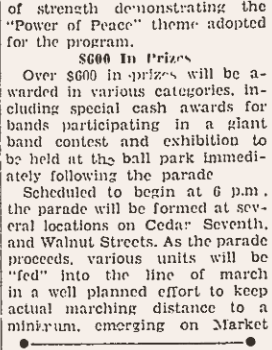 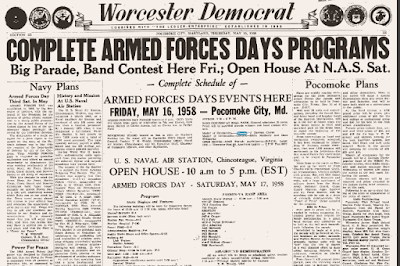 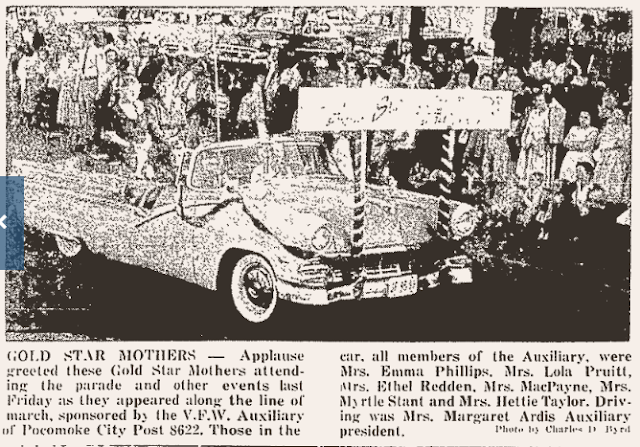 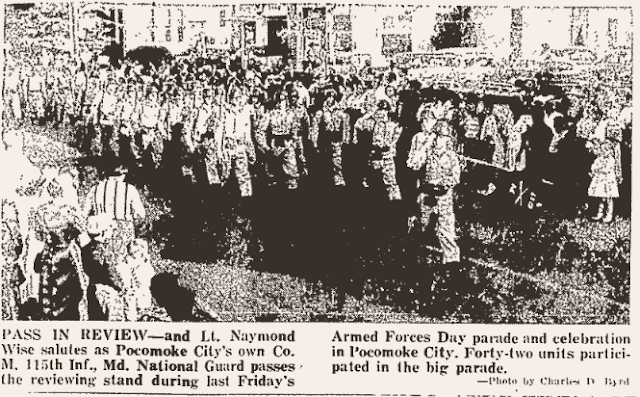 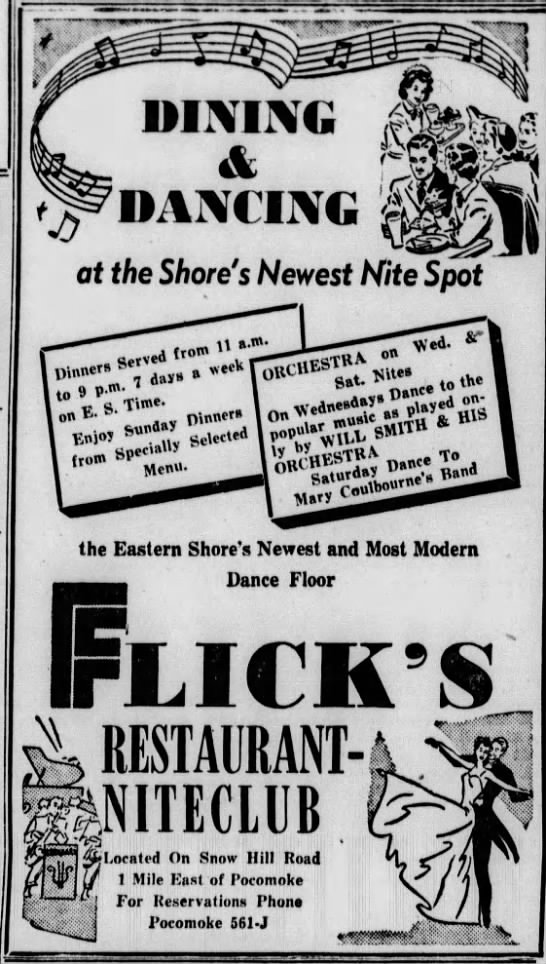 When you're clicking around the Internet remember to check in with The Pocomoke Public Eye. We strive to be a worthwhile supplement to your choices.
Posted by tk for PPE at 6:00 AM No comments: