(delmarvanow.com)
A Pocomoke City woman was killed after a pick-up
truck collided with her van on Route 113, Maryland
State Police reported.

On Friday, May 3 at about 5:20 p.m., the Maryland
State Police, Worcester County Sheriff’s Office and
the Snow Hill Fire Department responded to the
area of Route 113 near Timmons Road in Snow Hill
for a two-vehicle collision, police said.

Police said a 2014 Dodge Ram truck driven by
Chance Michael Potts, 18, of Pocomoke City was
traveling south at the time.

The truck crossed over the center line and collided
with a 2016 Chevy van that was traveling north,
police said. The driver of the van, Charlotte Sophia
Teter, 66, of Pocomoke City, succumbed to her
injuries and was pronounced dead at the scene.

Notification to next of kin has been made for the
deceased, police said.

Both north and southbound lanes of Route 113
were closed in the area of the crash scene for
approximately 3 hours, police said. The crash is
still under investigation. 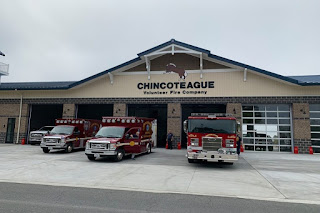 https://shoredailynews.com/headlines/chincoteague-vfd-begins-move-to-new-fire-station/
Posted by tk for PPE at 1:04 PM No comments: 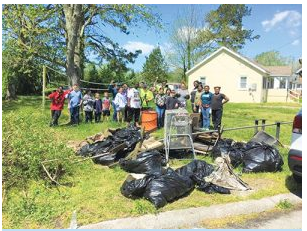 (View article from The Dispatch)
https://mdcoastdispatch.com/2019/05/02/students-become-first-green-schools-society-inductees/
Posted by tk for PPE at 9:18 PM No comments:

Fun At A Discount!

Worcester County Recreation And Parks is pleased to announce that our 2019 Discounted Amusement Park Tickets are now on sale!  To pick your tickets up, visit the Recreation Center located at 6030 Public Landing Road, Snow Hill, Monday through Friday from 8:00 a.m. to 4:00 p.m. 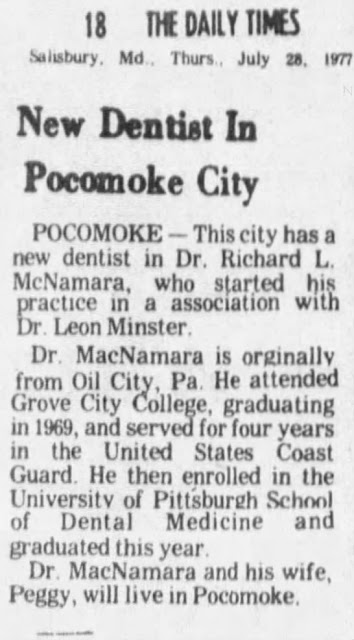 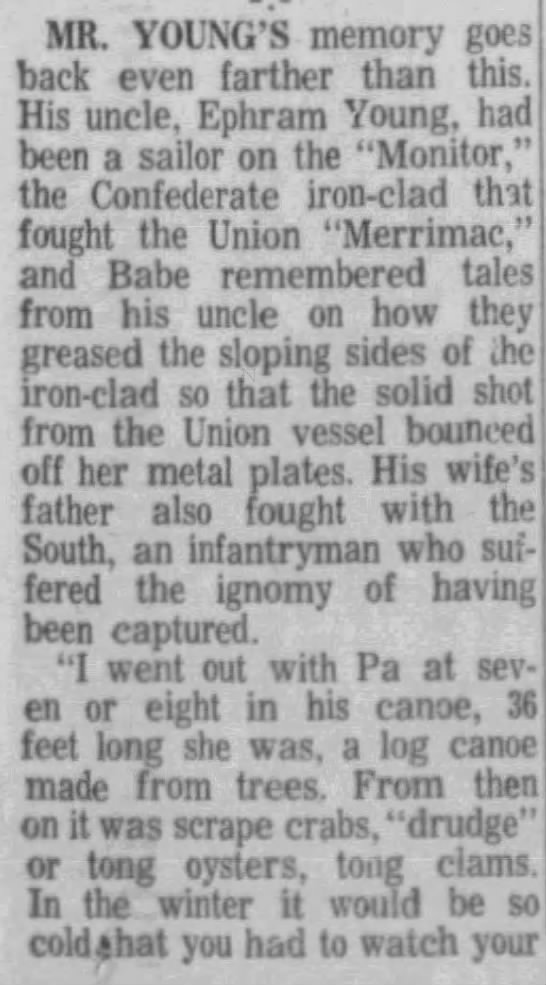 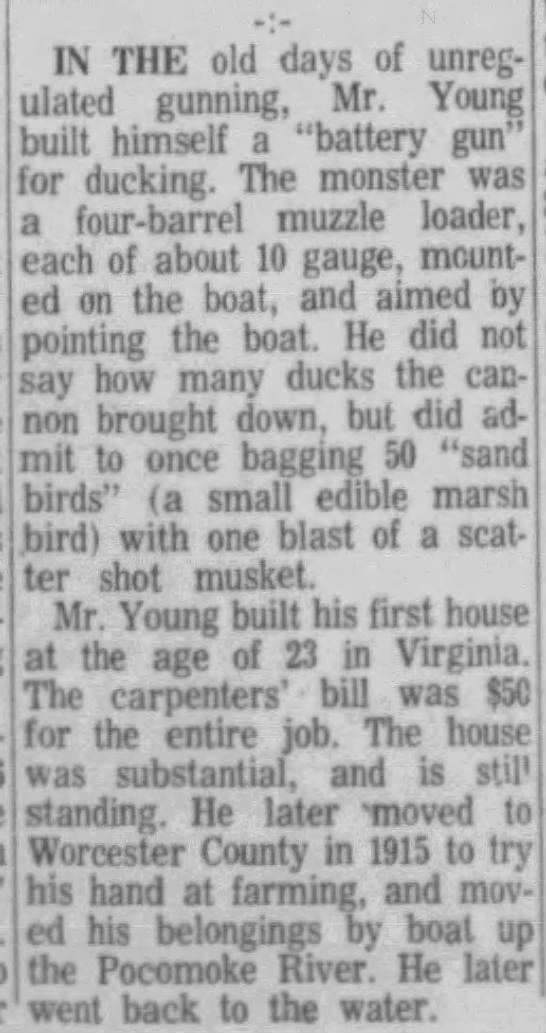 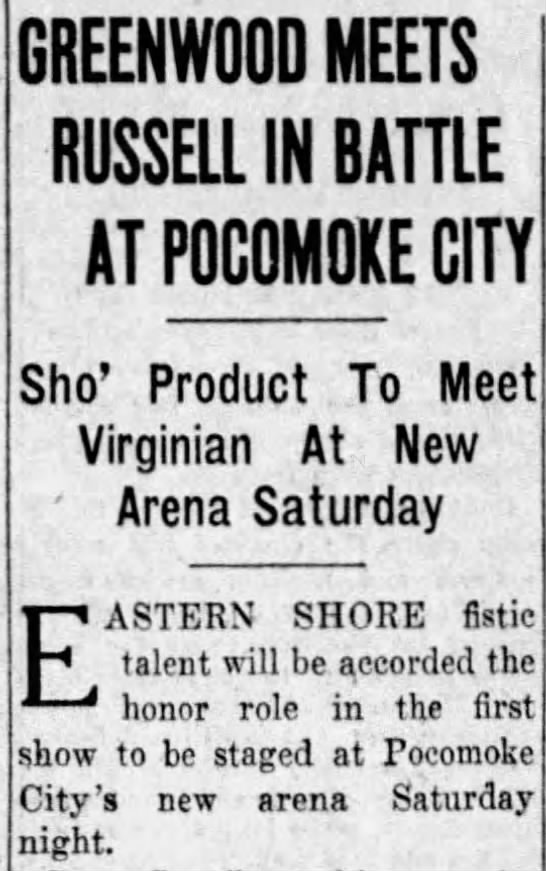 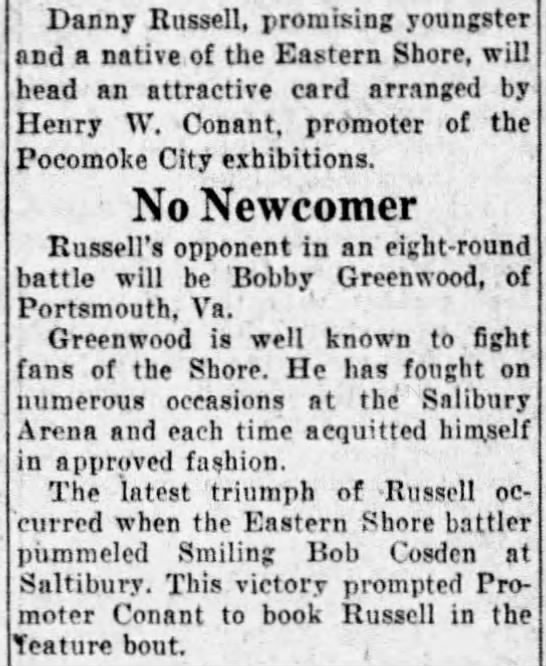 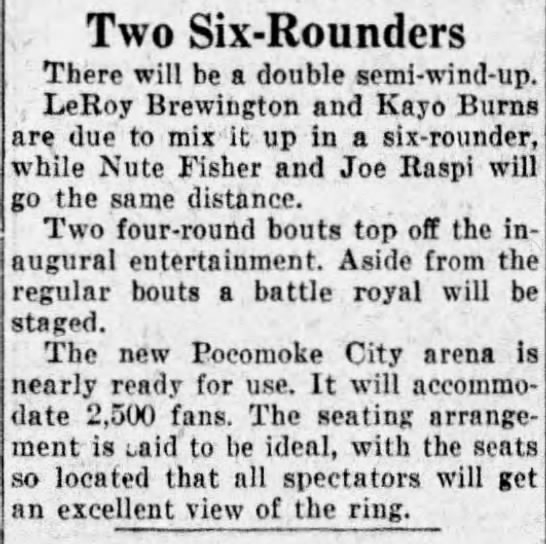 
Footnote: The (outdoor) boxing arena was located at the Pocomoke Fair Grounds. Home movie film of stock car racing at the Fair Grounds circa 1950 shows no evidence of the arena by that time. 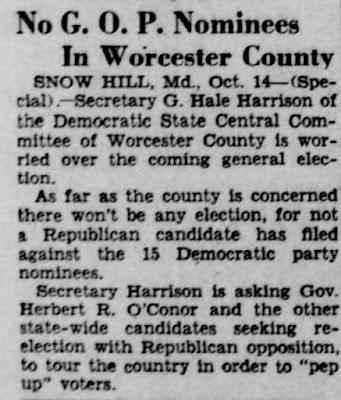