1960's.. Remember when the places where you bought gasoline were also the places that provided service for your vehicle? 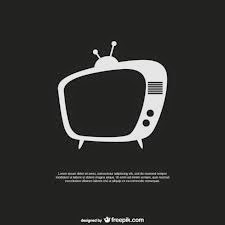 View a 1960's television commercial for a well known gasoline brand; it includes their classic jingle.

Crisfield, Md., March 21.-  Public prayer services were held in all the churches of Crisfield today, the ministers praying for the deliverance of their people from the hardships which they claim would be placed upon them by bills now in the legislature, which provide for increased taxes and licenses on the different branches of the crab and oyster business.

For more than a week Crisfield has been alarmed by the prospect of what the majority of people say would be confiscatory  taxes on its one great industry- seafood.  Meetings of the protest have been held nightly.

The taxing measures are those which are backed in the legislature by the conservation commission and provide increased legislation fee on oysters, increased crabbers' license, increased oyster tongers' license and the placement of a shipment tax on hard and soft-shelled crabs.

Salisbury- A pickup truck rammed into a gasoline tanker truck just outside Salisbury, spilling at least 1,500 gallons of gasoline onto the roadway and threatening the nearby Wicomico River, a state police spokesman said.

The roadway was reopened about 5:30 a.m. today.

The Wicomico River passes just a few hundred yards from the accident site west of Salisbury Sgt. White said. The spilled gasoline escaped down a storm drain before firefighters dumped sand over the drains with a back hoe.

The tanker driver was attempting to pull into a filling station at the time of the accident, but couldn't get the truck positioned correctly, Sgt. White said.

The driver of the pickup was hospitalized at Peninsula Regional Medical Center in Salisbury. The tanker truck driver wasn't injured.

The theater which had been under the ownership of Mrs. Della Bartlett and Mr. and Mrs. Arthur Garrison, also of Berlin, will continue to be operated by Dawson Clarke and Orville Mason.

Also included in the purchase was a store operated by George Reid, and a barber shop operated by Mervin Ward. 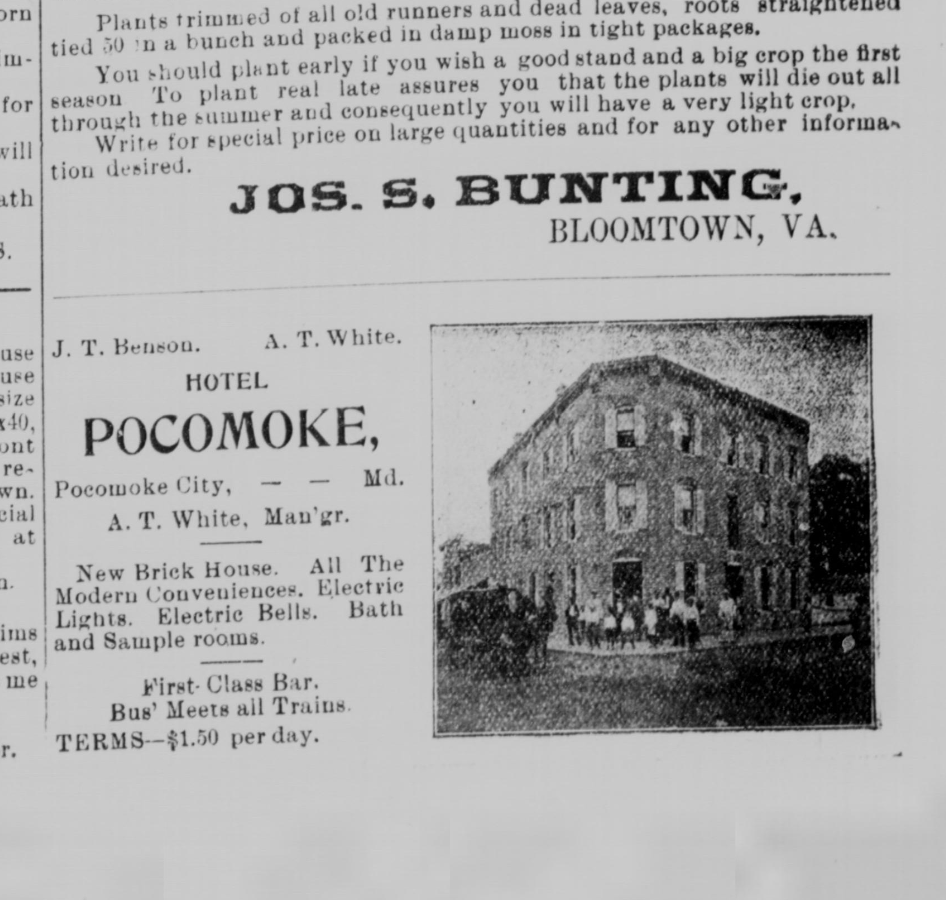 (From the pages of The Peninsula Enterprise) 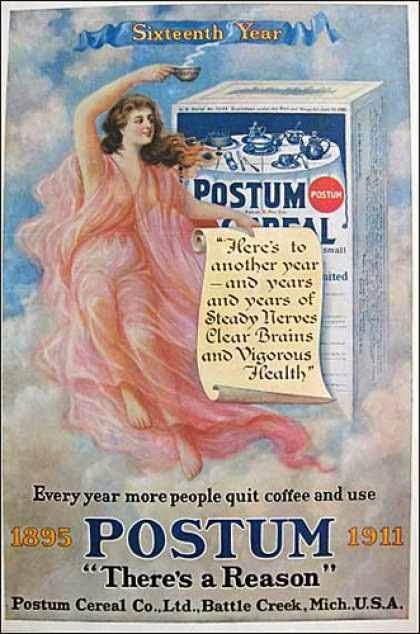 Postum was discontinued in 2007 but was back on grocery shelves in late 2012.

(Wikipedia)
Postum is a powdered roasted-grain beverage once popular as a coffee substitute. The caffeine-free beverage was created by Postum Cereal Company founder C. W. Post in 1895 and marketed as a healthful alternative to coffee. The Postum Cereal Company eventually became General Foods, which was bought by Kraft Foods. Post was a student of John Harvey Kellogg, who believed that caffeine was unhealthy.