Our neighbor Snow Hill looks for a fresh image and more.


SNOW HILL – Efforts are underway to rebrand Snow Hill with the help of a state grant.
(Read article)
https://mdcoastdispatch.com/2019/02/14/snow-hill-earns-maryland-grant-for-rebranding/

A Pocomoke landmark building, originally the U.S. 13 Restaurant, was heavily damaged by fire in August, 1997. At that time it was known as The Eastern Shoreman Restaurant & Crab House Lounge. The newspaper picture below shows the interior of the restaurant in the early 1950's. Photo courtesy Frances Twyford. 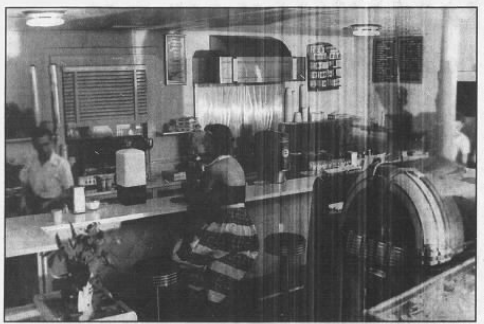 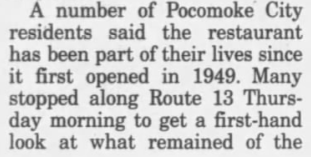 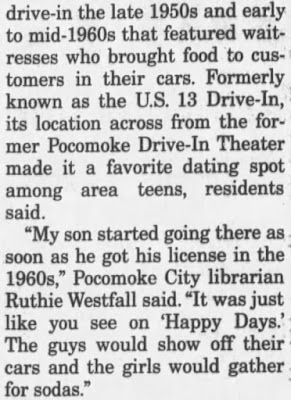 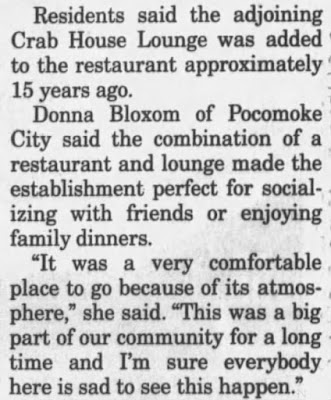 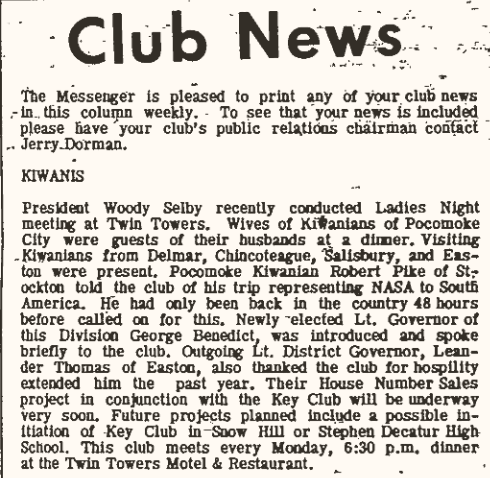 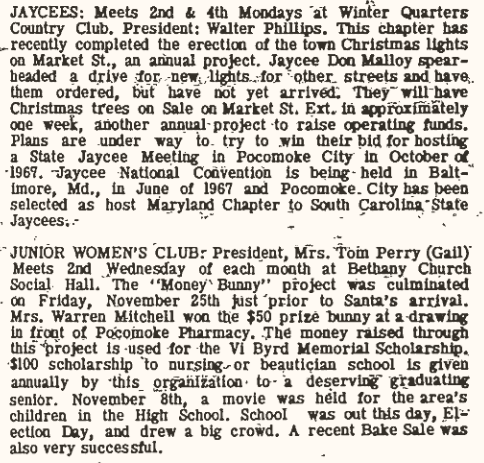 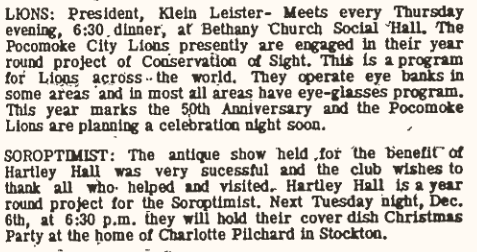 The Democratic Messenger And The Pocomoke City Messenger 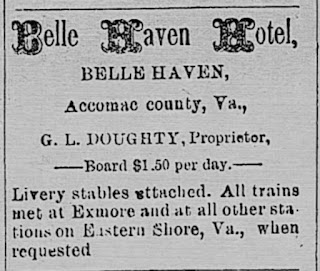 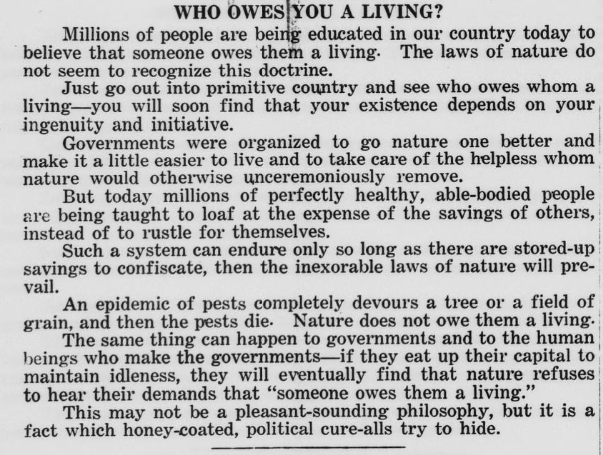