When you're clicking around the Internet remember to check in with The Pocomoke Public Eye.  We strive to be a worthwhile supplement to your choices.
Posted by tk for PPE at 6:00 AM No comments:

Join us for an evening of discovery:Find your favorite exhibit or animal as you explore the Center & Museum. Try foods from local establishments. Single out your signature drink. Test out the dance floor. Identify your most coveted items at the loud and silent auctions. Look at some of the fun things you can bid on... a family membership and a bag full of goodies from the Salisbury Zoo, which includes a special wildlife encounter; beautiful pottery, paintings and other artwork generously donated by local artisans; and a bag of cool shark stuff from the National Aquarium!

Support your local Discovery Center; all proceeds from the 2015 gala will benefit the design and construction of handicap accessible touch tanks.To purchase tickets, $50.00 each, please call (410) 957-9933, visit us at 2 Market Street, Pocomoke City, MD, visit any First Shore Federal location or purchase tickets online at
http://delmarvadiscoverycenter.com/Must be 21 and over to attend.
Posted by tk for PPE at 6:00 AM No comments:

A road inspection tour of the "Chesapeake Peninsula" by an official of the Automobile Club Of America reported good progress being made in development of hard surface roadways through Maryland and Delaware extending down to Pocomoke City.

"Until the roadwork is entirely finished on the Dupont Highway, the completion of which is expected in 1922, motorists who intend to go as far south as Pocomoke City and Cape Charles will make better time and find all hard surfaced roads by going to Elkton and then south through Maryland. These roads, according to Mr. Wells, (head of the Automobile Club Of Maryland) are splendidly kept and might serve as examples to the other States."

However, the stretch from New Church to Cape Charles was described as poor dirt roadway.  Mr. Wells stated, "It is never necessary to erect a sign to inform motorists when they cross the Virginia line, for no other State in the East pays so little attention to public roads.  The result of this neglect is plainly seen in the contrast between the Virginia end of the peninsula and the Maryland-Delaware section."

Dr. Benton Harris Whaley, a prominent physician of Whaleysville, Worcester county, died at his home there Friday, at midnight, of Typhoid fever. He would have been thirty years old today. He had been confined to his bed for about two days. He was a skillful physician and very popular, a graduate of Jefferson Medical College. He was the son of a local merchant and large landowner, the late Judge James Whaley and his wife, Elvira Thomas Green Whaley, Dr. Whaley was well known in Worcester, Wicomico (in) Maryland and Sussex county in Delaware. He leaves his widow, the former Margaretta Staton, daughter of the Worcester county Circuit Court clerk, John W. Staton, and three small children, James B, born 1893, Ella G., born 1894, and John D., born 1995. The doctor is buried in the Whaley Cemetery at Whaleysville.

The efforts of the merchants of Salisbury, long talked of, to secure a portion of the trade of the people of the Eastern Shore of Virginia, have at last taken a practical shape. The committee of the Board of Trade of that town on May 30th last, waited on the New York, Philadelphia and Norfolk Railroad Company, for the purpose "of seeing if the company would lend some assistance as they could towards the development of the wholesale and retail business of Salisbury and to that end asked that the company make liberal excursion rates to Salisbury and return the entire year, or as long as they could practically do so without interference with other business and at certain seasons of the year to run special excursions." The company complied with their wishes and will begin to sell excursion tickets to Salisbury and return for $2.00 at most points on the E. S. of Va., on next Friday, June 29th, at which time an industrial exhibition is to be held at Salisbury. 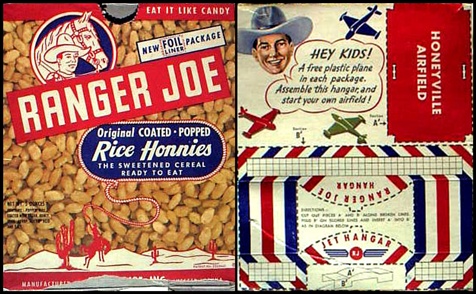 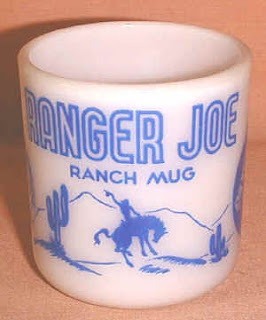 Footnote: When Ranger Joe cereal first appeared on grocery shelves in 1939 it was America's first sweetened cereal. It was manufactured in Chester, Pa.