The New York Times reports that " The Obama administration is planning to issue a sweeping directive telling every public school district in the country to allow transgender students to use the bathrooms that match their gender identity."

Your opinion?
Posted by tk for PPE at 5:57 AM No comments:


Cobb's Island, Virginia.. Not to be confused with Cobb Island in the Chesapeake Bay off of southern Maryland, Virginia's Cobb's Island is one of the Atlantic coast barrier islands south of Assateague.   It is no longer inhabited and was acquired by a conservation organization, The Nature Conservancy, in the early 1970's. Here's a flashback to a previous era in Cobb's Island's history.-tk

The Extinction of Cobb's Island.

Cape Charles, Va., Oct. 19 -- After quite an adventurous trip The Sun's correspondent succeeded in reaching Cobb's Island yesterday by means of a small sailboat, in company with several other visitors, to ascertain as near as possible the actual damage received by the island in the recent hurricane which prevailed along the entire Atlantic coast with such a destruction to life and property. Our boat was the first one to carry a party to the island since the storm, and as yet the seas in the vicinity of Cobb's Island are running so very high that it is really perilous for a boat of small dimensions to attempt the trip. The reports of the damage done to Cobb's Island have been so conflicting, coming as they did from unauthentic sources, The Sun's correspondent thought a trip to the island would be necessary to render entirely authentic reports. Owing to the blowing down of the telephone connecting with the island and the inability of the islanders to leave their homes, correct reports have not previous to this been rendered.

We found about twenty persons on the island, including the members of the life-saving station, all of whom were in a very sorrowful mood on account of the almost entire destruction of the island and the property thereon. One of the most prominent citizens of the island took his loss in the most philosophical manner. He believes that this, as well as the previous storms encountered on the island during the past few years, are only Divine warning for them to vacate the island entirely, and he thought it would not be long before Cobb's Island would be many feet under the surface of the broad Atlantic ocean. While only a few of the houses were washed entirely away, all of them suffered more or less damage. The water was fully a foot deep over the entire island, and the seas which rolled were from 40 to 50 feet in height.

The Baltimore Cottage, a very prominent building on the island and which was occupied generally by Marylanders, and which was previous to the storm seventy-five yards from the beach, is now a total wreck, being pounded to pieces by the immense seas which swept the island. Several other cottages were about half buried in the sand. In one of these your correspondent found tacked on the wall a well-preserved copy of The Sun dated June 12, 1895. The room was almost full of sand; barely room enough to admit a person. The hotel is a complete wreck; the floors, porches, walls and windows are all broken up. About three feet of sand stands in the dancing pavilion on the first floor. The bar room, billiard room, bowling alley and several other small buildings were tumbled down in one heap and broken up so they were of no use whatever. There are several wells of fresh water now covered by the ocean that were previously to the storm in the barn-yard of Mr. Cobb, used for watering his stock. The island was reduced fifty acres, leaving only about twenty-five in sight at low water.

The government officials about four weeks ago moved the life saving station two hundred and fifty yards further inland, which undoubtedly saved the building, as the water stood six feet deep at the former site of the building. The Methodist church and the cottages belonging to Mr. Thomas Smith (recently purchased of the Rev. Thomas Dixon, of this city,) and Mr. Ashby Jones, of Richmond, Va., were not seriously damaged on account of their elevation from the ground. The loss is estimated at many thousands of dollars and probably the extinction of Cobb's Island as a summer resort. Quite a number of boats of considerable size are now in the middle of the island, on dry land.

Cobb's Island is situated about nine miles from the mainland, out in the Atlantic ocean. It has been inhabited for about fifty years and is unexcelled in its game products, being visited annually in the winter and spring by the sporting men of the Northern and Southern cities. It has also been quite a prominent summer resort. It had for a long time been owned by the Cobbs, of Northampton county. About five years ago a Lynchburg syndicate purchased about twenty-five acres, including the hotel and a number of cottages, for the sum of $20,000, and but for this the recent damage would have resulted very disastrously to its former owners, Messrs. Nathan and Warren Cobb. Already several families have moved from the island and others declare their intention of doing likewise. 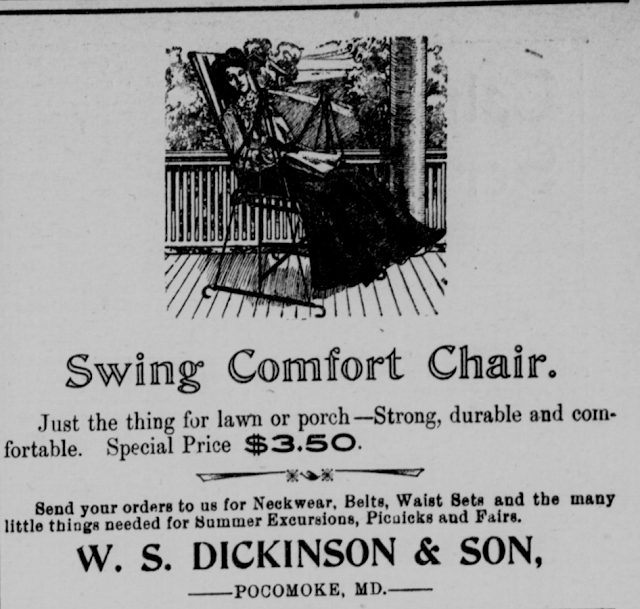