Our Little Corner In Space And Time 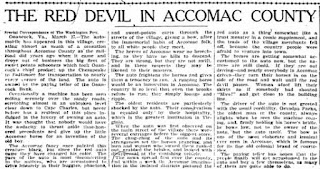 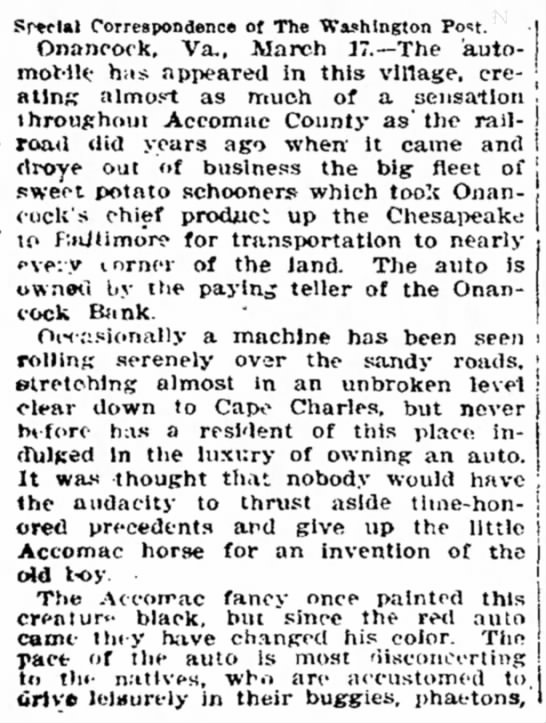 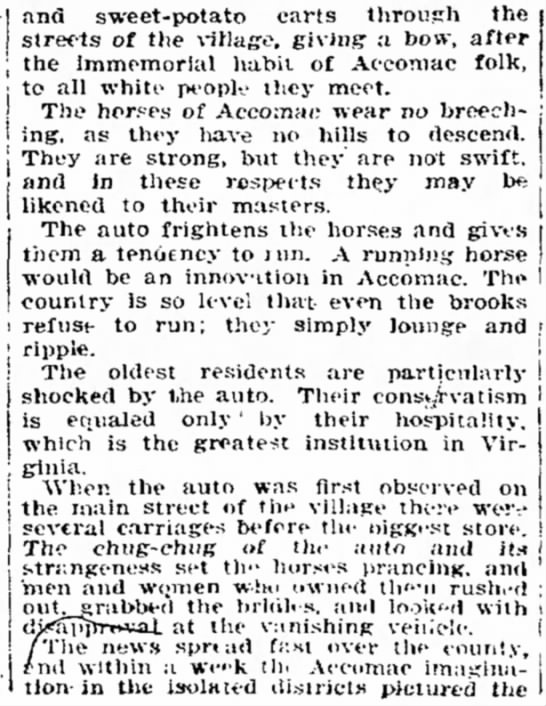 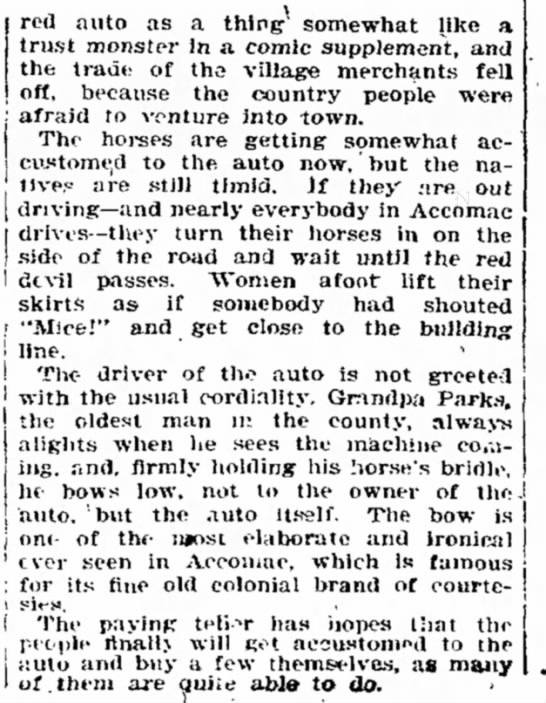 The first car driven in Salisbury was around 1900 and the driver and owner was Billy Edison, son of famed inventor Thomas Alva Edison.  The young Edison had lived in Salisbury for a while and married a  young lady from Salisbury.  But he encountered the problem of tires on his Stanley Steamer being cut while negotiating Salisbury's sandy oyster shell based streets of that era.  Years later when Edison returned to the area in an expensive Pierce Arrow he found that attempting to drive the vehicle on country roads was too hazardous an endeavor.  He decided not to attempt a return trip from the country back to Salisbury; he sold the vehicle. It's said that Salisbury may have had up to a dozen cars on its streets by 1910.

Automobiles were no rarity on Eastern Shore roads by the spring of 1930 when a big 5-day auto show featuring 32 new vehicles in Salisbury's downtown armory drew shore wide interest.


Jump ahead another quarter of a century or so and the now classic cars of 1957 were making their debut. 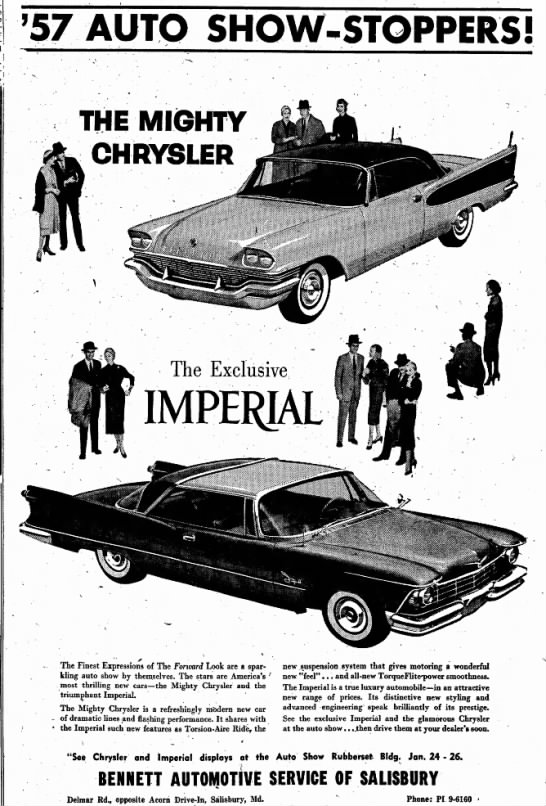 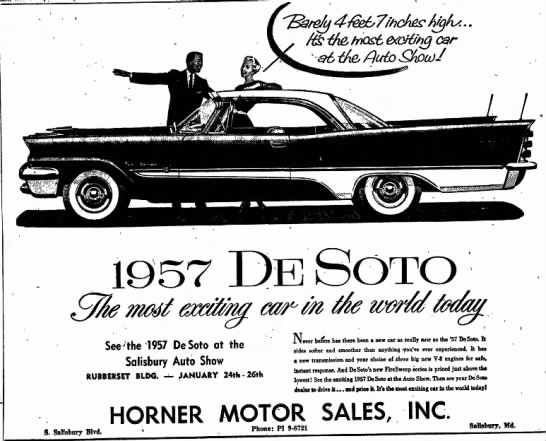 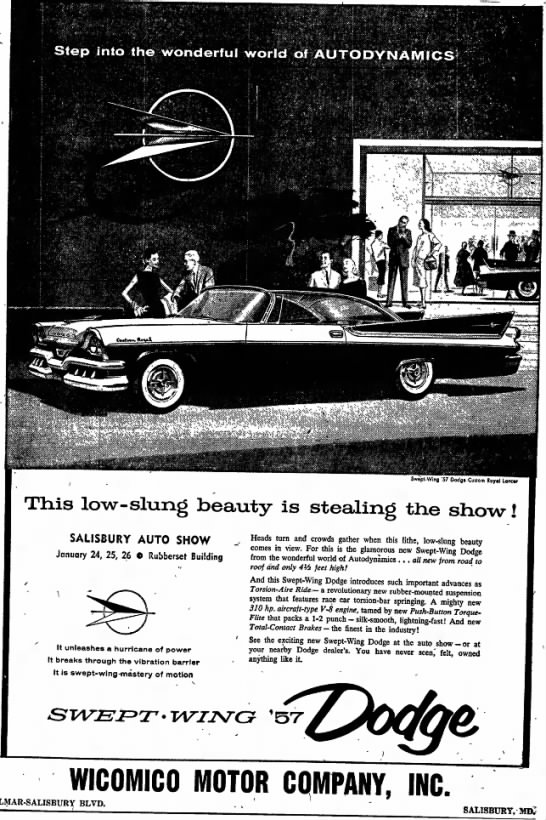 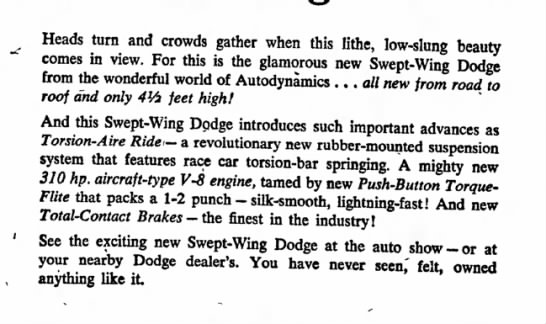 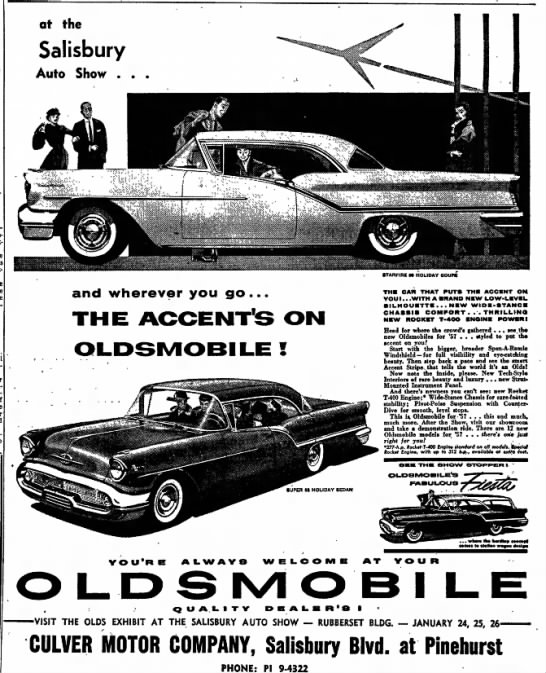 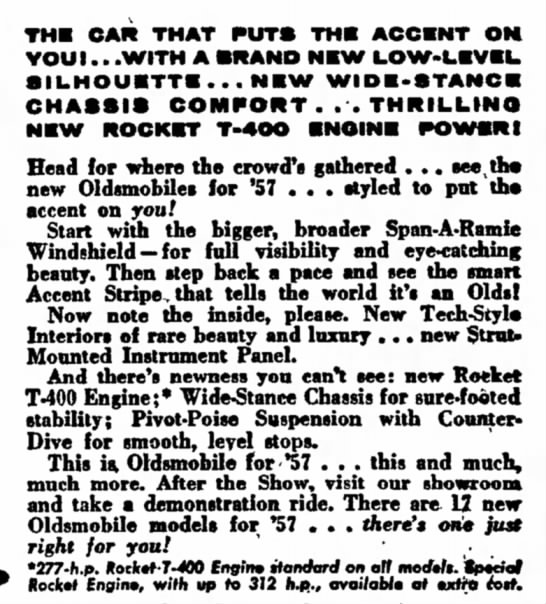 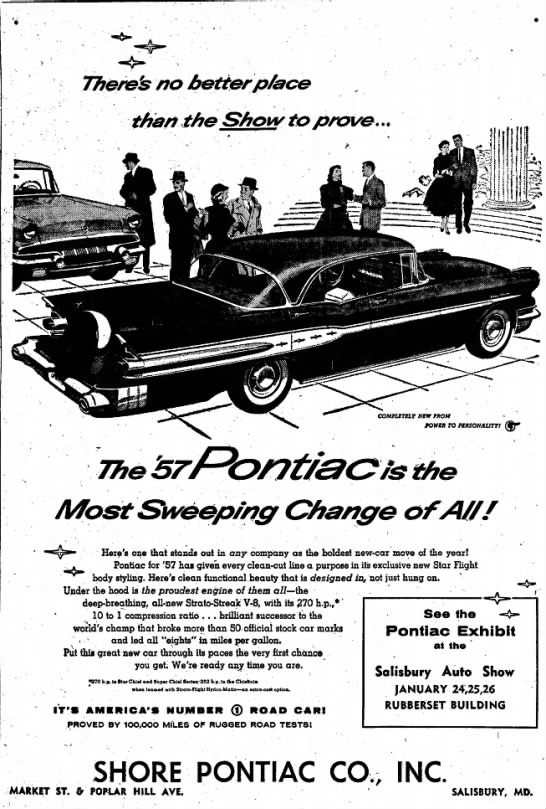 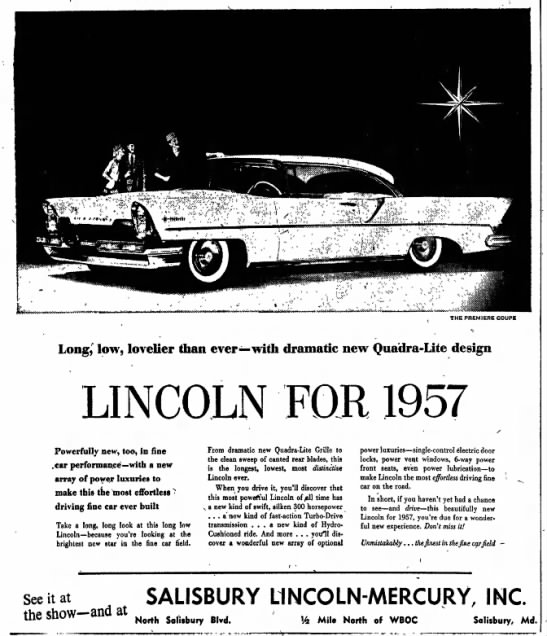 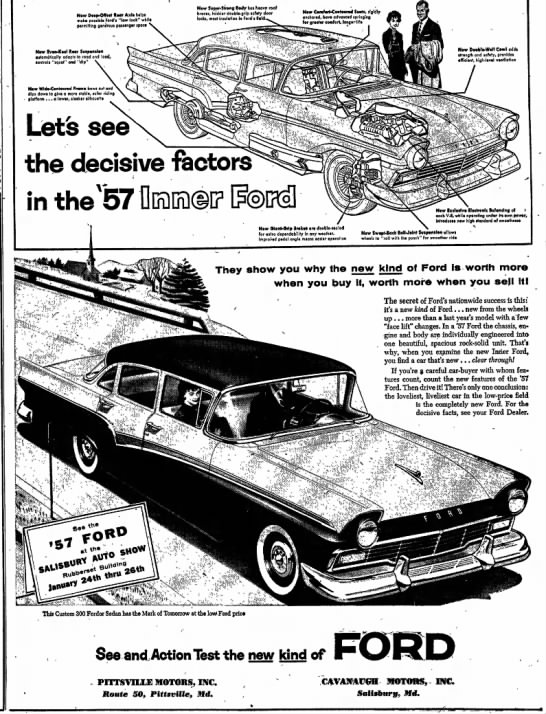 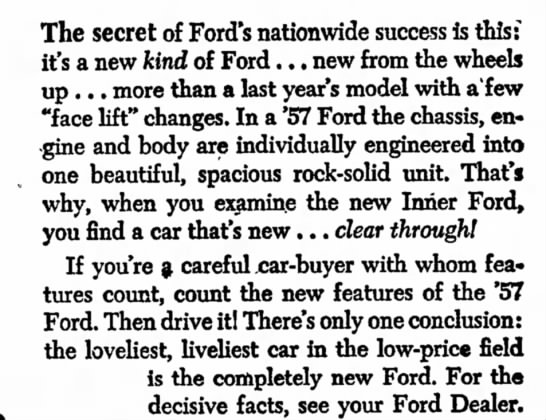