New trial for Skylor Harmon will be considered 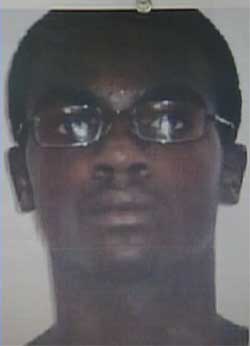 Written by
Scott Muska
Staff Writer
SNOW HILL -- A request for a new trial by a 19-year-old convicted of first-degree murder will be considered at his sentencing hearing.
Skylor Dupree Harmon of Pocomoke City shot Reginald Handy Jr. with a military-grade assault rifle from a distance on a dark Pocomoke City street in May 2010. When his guilty verdict was announced, he showed no emotion and turned to family in the courtroom to say, "It ain't over yet."

He attempted to make good on his statement with a letter he sent to Circuit Court Judge Thomas C. Groton III after his conviction that asked for a new trial because of incompetence of counsel, insufficient evidence and the fact that photographs taken days before trial were allowed to be included as evidence. Harmon also took exception to testimony from Torrance Davis, a witness who testified against him during the trial.

Groton wrote back to Harmon to advise him he will consider the request during the sentence hearing. Their exchange of letters is in Harmon's case file in the courthouse.

In Harmon's trial, the state's attorney presented evidence that convinced the jury to convict him on several felony counts, including first- and second-degree murder. Harmon was initially tried in July, but that trial ended in a mistrial when a jury couldn't agree on a verdict.


Harmon's uncle, Alexander Crippen, was originally charged with killing Handy, but ballistics experts indicated the gun he had fired the night of the murder had not dispensed the single bullet that had severed Handy's aorta. Crippen was later convicted of attempted murder, and an investigation revealed Harmon had shot Handy with a .223-caliber assault rifle from about 65 yards away while his uncle was in an argument with Handy.
According to testimony, Crippen had engaged in a physical altercation with Davis, Handy's cousin, the week before the murder, and Harmon had tried to join the fight.
"Skylor Harmon had his uncle's back," Worcester County State's Attorney Beau Oglesby said during his closing argument in October, during which he referred repeatedly to a "beef" Harmon and Crippen had with Davis. He said it led to Handy's death.
Read more
Posted by jmmb at 7:12 AM