In 1935 a young man writes a letter to a newspaper near his Pennsylvania home about his life at a CCC (Civilan Conservation Corps) camp in Worcester County. Little did he realize that his letter would be read again by the public now, 80 years later, as he shares his interesting and informative comments about the CCC experience from that bygone era. ( And is he offering some food for thought about a similar experience that some of today's young people might benefit from?) -tk


(Wikipedia)  The Civilian Conservation Corps (CCC) was a public work relief program that operated from 1933 to 1942 in the United States for unemployed, unmarried men from relief families, ages 18–25. Robert Fechner was the head of the agency. A part of the New Deal of President Franklin D. Roosevelt, who provided unskilled manual labor jobs related to the conservation and development of natural resources in rural lands owned by federal, state and local governments. The CCC was designed to provide jobs for young men, to relieve families who had difficulty finding jobs during the Great Depression in the United States while at the same time implementing a general natural resource conservation program in every state and territory. Maximum enrollment at any one time was 300,000; in nine years 3 million young men participated in the CCC, which provided them with shelter, clothing, and food, together with a small wage of $30 a month ($25 of which had to be sent home to their families).

Editor Of The Herald.

Dear Sir:-  I am a CCC boy and my home is in Diamond, Pa. My folks and friends take The Titusville Herald and (I) would like to have you publish this letter.  You may send me a copy of it.

My temporary home is now in the CCC Co. No. 1318 S-62 Snow Hill, Md.  I enlisted on October 8, 1934 for a period of six months, was sent to Fort Meade, Md., for a medical examination and a few simple army and camp instructions.

I was kept at Fort Meade for six weeks and later sent here to my temporary home.

This camp is located in amongst large pines of varying heights, 100 to 150 feet, and off the state highway about 1/2 mile, between Pocomoke City and Snow Hill, Md.

We have a good outfit here, the best in the third corps area, with 250 boys.  Life here is different than on the outside.  It builds up the boys physically and mentally. Every day is something different, so we get some experience here that was never done on the outside,- from dish washing down on the line to cutting trees in swamps and changing clothes after falling in a swamp hole.  Therefore, we are being prepared for everything that gets in our way in the line of work and play.

I am in the CCC going on four months and like it quite well, except for dish washing which I get for Sunday K.P. about twice a month, which means standing over a big tub  3 x 3 x 4 feet, filled with water and soap, standing there for three solid hours except for about a half hour or so of gold bricking, washing 250 plates, knives, spoons, forks, cups and bowls, not to mention what other boys on K.P. have to do with greasy pots and pans.  I mean its fun if you take it that way.

Although we get plenty to eat, some outsiders say that we are being fed too well, for some of the boys look like as if they were over fed.  It isn't the eats, its the G.I. grease.  It gives us strength and health, with lots of fresh air, which we need to cut down those pines which are of varying heights.

Our work here consists of cutting down defective trees, clearing away underbrush, and building fire trails.

One thousand acres of state forest land here have to be cleared and it will take the rest of our two months to put a kink in it. Most of the boys are excellent workers and are rated according to their work.  Now, I mean when we work, it's work.

We work 40 hours a week, 8 hours a day, rain or shine. Saturday afternoon and Sunday we get off.  Saturday morning until noon we have to work in camp.  In camp- scrub barracks floor, wash clothes, clean windows, stoves and arrange our clothing for inspection.  After dinner is dress inspection.  We line up in front of the U.S. flag on the parade grounds, stand at attention until the captain O. K.'s our dress.  Then we are free to roam anywhere until 6 a. m. Monday morning.  We have to sign in the recreation hall on a book when we come back or leave camp, so as to keep tally on us.  Anyone leaving camp without signing out gets extra duty of 72 hours in the kitchen as K. P.

Monday mornings we must all be in camp.  Reveille is at 6:45 a.m.  The sergeant in the barracks yells out , "crawl out, boys, and push on the mops."  We have to mop the floor every morning besides Saturday, make our bunk, and eat chow at 7 a. m. 7:30 a. m. we polish up the camp area, pick up all match sticks,  paper and cigarette stubs that have been thrown away carelessly over Saturday and Sunday. 8 a. m. call for work detail, line up and be on our way with axes and saws, to the wood, ready to do work and fill the woods with the ringing of the saws and and echoes of our axes, until 4 p. m., when the days work is done.

Hurrah for the CCC, for every boy is a man when he leaves. 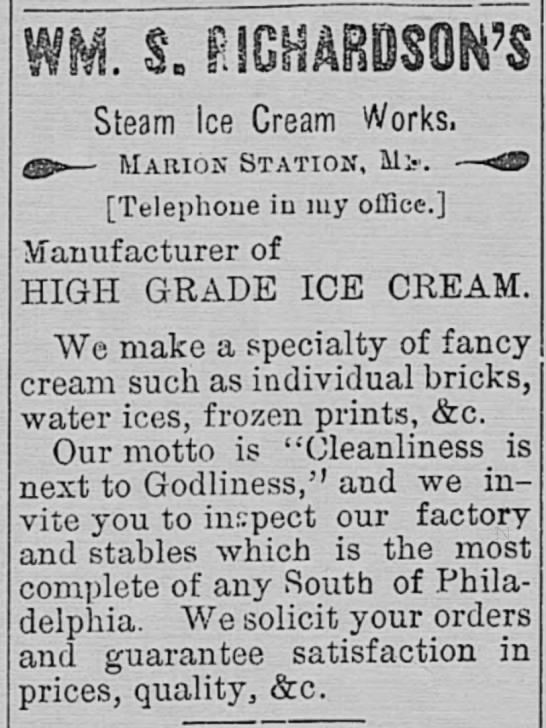 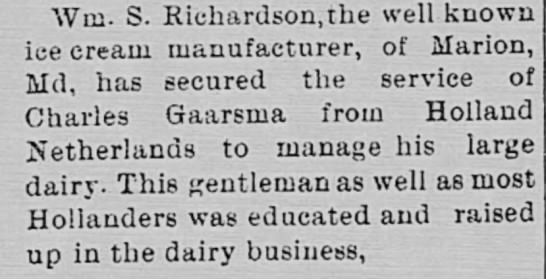 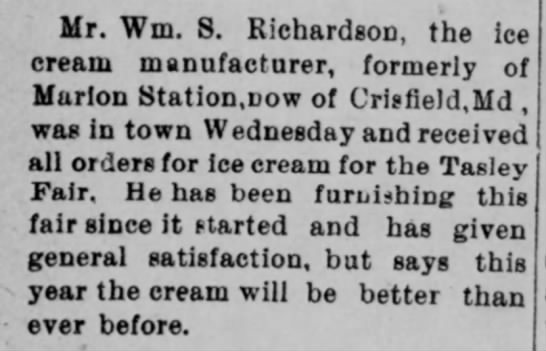 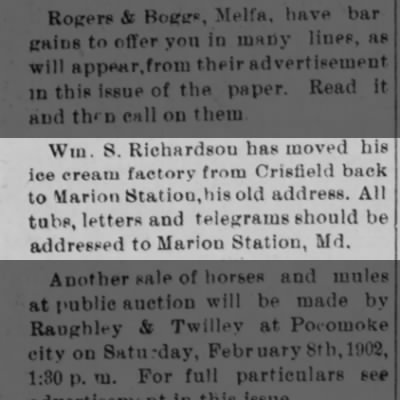 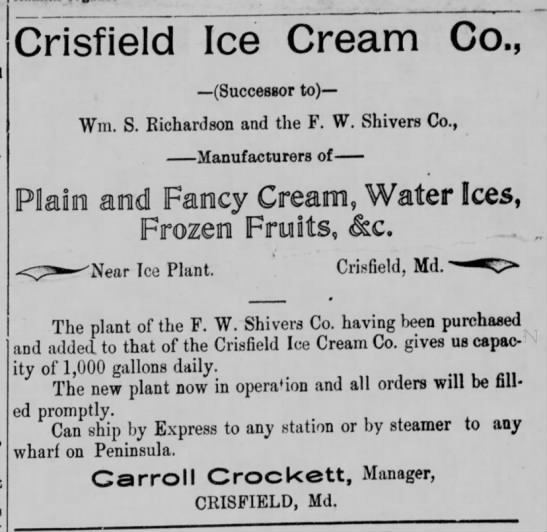 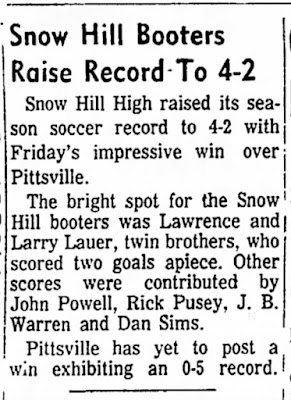 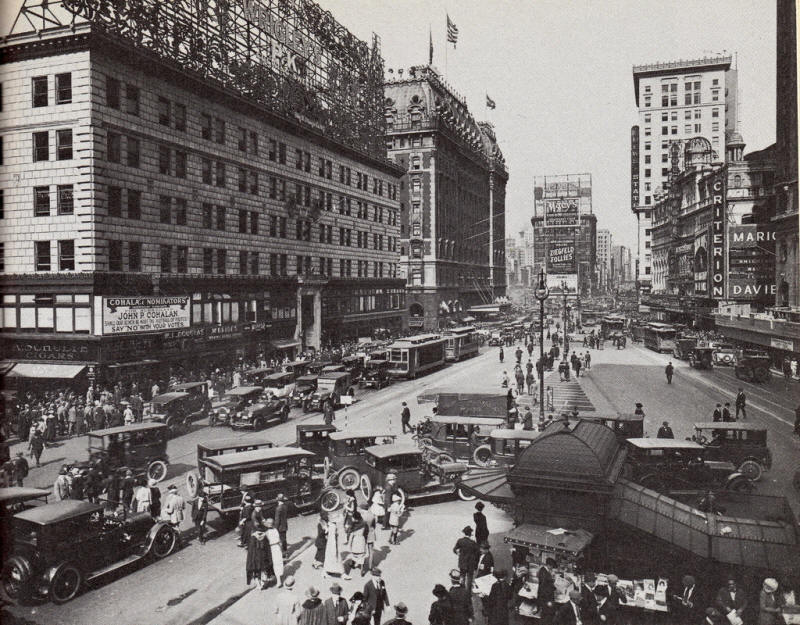 Way back when I was coming along it was not unusual for local families to (be unfamiliar with/could not afford/had no interest in) birth control. Most families had many children, a dozen or more not being unusual. It was a financial strain and many children were just given to relatives, friends or neighbors to raise as their own. The advent of the Civilian Conservation Corps was a God-send to these families as they could now proudly say that their sons were working in a government program instead of having to shamefully admit that they gave them away. As for the daughters, nobody much cared about them as long as they could sew, cook or do laundry around the family home and they could always be married off later in return for a cow or a few pigs.

Regarding the CCC article, I inadvertently gave the wrong web address for my site.


I am interested in hearing stories about the camp, identifying enrollees, and seeing photos.