Yellow Cab In "It's A Wonderful Life" On Display

For me this is one of two greatest classic Christmas movies! It's good to know that the yellow cab George was chauffeured around in on the night of finding "new hope" is now restored and is now available for its first public viewing. 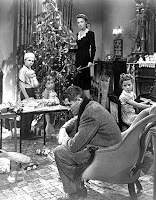 In the classic Christmas movie " It's a Wonderful Life," the angel Clarence tells Jimmy Stewart's character, George Bailey: "Each man's life touches so many other lives. When he isn't around he leaves an awful hole, doesn't he?"

Now George Bailey can touch your life too, thanks to Italian jewelry retailer and famed car collector Nicola Bulgari, who's having the America on Wheels museum in Allentown display a prop from the 1946 movie: the Yellow Cab that taxi driver Ernie uses to shuttle George around Bedford Falls.

The 1930 GMC Yellow Cab was in parts when Bulgari bought it in May 2008 from an elderly California man who had long intended to restore it.

After 21/2 years of work, the car arrived at the museum last Friday, driven from Bulgari's garage in Allentown on its first voyage under its own power in decades, said Keith Flickinger, Bulgari's curator. It will be displayed through December in the lobby of the museum, which also is showing the film.

Museum Executive Director Linda Merkel said it was Bulgari's idea to have the museum give the restored cab its first public viewing. 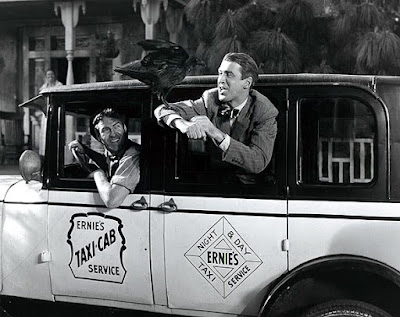 "We're very, very lucky to have such a wonderful collector who believes the museum is a jewel," Merkel said. Several other vehicles from Bulgari's collection of 1930s and '40s classic American-made vehicles were on display at the museum earlier this year and he has become a staunch supporter of the facility.

When the car's restoration was nearly complete, Bulgari suggested displaying the taxi for the holidays.

"It's a Wonderful Life" has been voted the No. 1 most inspirational American film of all time and No. 11 Greatest American Movie of All Time by the American Film Institute. A staple of Christmastime television around the world, it tells the story of how George Bailey, on the brink of suicide, finds redemption and new hope after the angel shows him what the world would have been like without him.

The taxi is in several of the film's important scenes, such as when George and his bride, Mary ( Donna Reed), are smooching on their honeymoon and see the run on the town's bank from the cab's rain-streaked windows.

The yellow-and-black taxi is built on a truck chassis marked "GMC" — Flickinger noted GMC owned Yellow Cab and produced its vehicles as a separate line. The doors are emblazoned with "Yellow Cab Co." and list rates of 15 cents for the first half-mile and 5 cents for each additional mile.

The roomy back seat and a meter beside the single front seat are intact and original, Flickinger said.

But work was needed on the car's straight-8-cylinder Buick engine, and other parts of the car were missing, Flickinger said. Its exhaust system, for example, is new. There are scratches and rust beneath the paint on its doors, but Flickinger said those flaws won't be fixed.

"We will not restore the outside," he said. "You would lose the patina, the continuity, the heart and soul of the vehicle. This way the pedigree, it stays alive."

Flickinger said the cab's existence was well-known among collectors, but the owner for years declined to part with it. Finally, at 82, he decided he wasn't likely to ever restore it and sold it, Flickinger said.

In addition to the restoration, the 21/2 years was spent substantiating the taxi's lineage — researching documents and collecting evidence it was the car used in the movie, Flickinger said.

He said Bulgari intends to eventually take the cab to New York and "have fun," driving it around and transporting Bulgari and his companions as any taxi would.

Merkel said more than 1,000 people have toured the museum since the taxi's arrival, and "people already are reacting to it — sitting and talking about the movie. Everyone has a story."