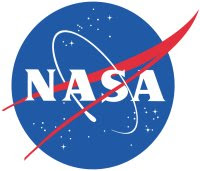 Two Terrier-Lynx suborbital rockets are scheduled for launch September 8 -15 for the Department of Defense from NASA’s launch range at the Wallops Flight Facility in Virginia.

Based on the approved range schedule, the first rocket is scheduled between 8 and 10 p.m., September 8. The backup launch days are September 11 and 12. The second rocket is scheduled for launch between 7:30 and 8:30 p.m., September 15. The rockets may be visible to residents in the mid-Atlantic region.

These launches will not be shown live on the Internet nor will launch status updates be provided once the countdown begins. The NASA Visitor Center will not be open for viewing the launches.
For more information: http://www.nasa.gov/centers/wallops/news/shark.html
Posted by jmmb at 7:00 AM No comments:

WASHINGTON – The Pentagon said Tuesday it did not know what created a vapor trail that crossed the skies off the Southern California coast and resembled a missile launch.

Video posted on the CBS News website shows an object flying through the evening sky Monday that left a large contrail, or vapor trail. A news helicopter owned by KCBS, a CBS affiliate in Los Angeles, shot the video.

Pentagon officials were stumped by the event. "Nobody within the Department of Defense that we've reached out to has been able to explain what this contrail is, where it came from," Pentagon spokesman Col. Dave Lapan said.

While the vapor cloud captured on video resembled that created by a rocket in flight, military officials said they didn't know of any launches in the area.

One expert called it an optical illusion. "It's an airplane that is heading toward the camera and the contrail is illuminated by the setting sun," said John Pike, director of the U.S.-based security analyst group globalsecurity.org.

The North American Aerospace Defense Command, or NORAD, issued a statement jointly with the U.S. Northern Command, or NORTHCOM, saying no Department of Defense entities reported a missile launch — scheduled or inadvertent — at the time of the contrail, and no foreign military missile launch was detected.

NORAD said it determined there was no threat to the U.S. homeland.

The Federal Aviation Administration ran radar replays from Monday afternoon and they "did not reveal any fast-moving, unidentified targets," the statement said. No pilots reported unusual sightings to the FAA.

NORTHCOM is the U.S. defense command and NORAD is a U.S.-Canadian organization charged with protecting the U.S. from the threat of missiles or hostile aircraft.

Pike said the object could not have been a rocket because it appeared to alter its course.

"The local station chopped up the video and so it's hard to watch it continuously," Pike said. "But at one place you can see it has changed course — rockets don't do that."

Pike said he didn't understand why the military had not recognized the contrail of an aircraft. "The Air Force must ... understand how contrails are formed," he said. "Why they can't get some major out to belabor the obvious, I don't know."

US Aid Being Sent To Russia To Battle Wildfires

WASHINGTON (AP) - The United States is sending firefighting equipment to Russia to help officials there respond to the 500 wildfires burning across the country.

The White House says President Barack Obama called Russian President Dmitry Medvedev (dih-MEE'-tree med-VYEH'-dyev) Thursday morning to express his condolences for the losses his country has suffered. The wildfires have been sparked by the hottest summer ever recorded in Russia, and Moscow's death rate has doubled to 700 people a day.

The White House says several U.S. agencies, including the Defense Department, and the state of California are airlifing firefighting equipment to Russia to help combat the fires.