Five Applicant's In The Running For County Judge's Seat 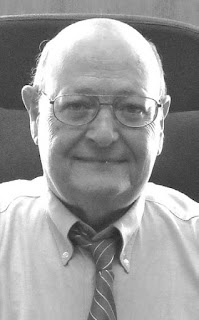 BERLIN – The field of applicants for the recently vacated Worcester County Circuit Court judgeship was made public this week and includes a handful of familiar names including a sitting Circuit Court Master and a few well-known local attorneys.

The Maryland Judicial Nominating Committee late Wednesday posted the list of applicants for the Worcester County Circuit Court seat made vacant by longtime Judge Theodore Eschenberg, who officially retired in late June having reached the mandatory retirement age of 70.

With the passage of the Aug. 11 deadline to apply for the vacancy, the Judicial Nominating Committee will now interview each of the applicants and pare down a smaller list to present to Governor Martin O’Malley, who will likely make the appointment. The nominating committee will review the qualifications of the applicants on or before its Sept. 28 meeting and forward a condensed list to the governor shortly thereafter.

The governor will then make an appointment from the list forwarded by the committee, which typically includes at least three names. It is uncertain what would happen if the appointment process dragged on beyond the November election.

The qualifications of a judge fall into distinct categories including legal, professional and personal. A qualified candidate has to have U.S. and Maryland citizenship, be registered to vote in state elections at the time of the appointment, be a resident of Maryland for at least five years and a resident for at least six months prior to the appointment in the geographic area where the vacancy exists. Other qualifications include being at least 30 years of age at the time of the appointment and current membership in the Maryland Bar.

Historically, sitting District Court judges apply for nomination and are ultimately appointed to fill vacancies in higher courts, but the sitting District Court judges in Worcester County are conspicuous by their absence from the list released by the committee on Wednesday. Certainly, Kent, who has served as Master in the Worcester County Circuit Court for several years, is an example of a sitting judge who could be elevated to a higher position in the court system.

However, there is plenty of precedent for a private attorney gaining an appointment to a Circuit Court vacancy and the other applicants on the list released this week are clearly qualified. When Eschenberg retired, longtime colleague on the Worcester Circuit Court bench Judge Thomas Groton took over as the administrative judge in the county and Judge Richard Bloxom moved into the position held by Groton.

As a result, the vacant seat will be the Family Law judge for Worcester County, a position with which Kent is very familiar. As the current Master for Worcester County, Kent routinely presides over family law-related cases. Westbrook, a local attorney with a private practice in West Ocean City, is also well versed in family law having spent the last 20 years arguing separation agreements, child custody cases, wills, estates and other family law-related cases. She is currently a mediator with the Lower Shore Circuit and District Courts.
“That has been the focus of my practice for the last 20 years,” Westbrook said yesterday. “When the powers that be decided this was going to be a Family Law seat, I decided I would apply for it because I would very much like to continue in family law and this is a logical step for me.”

Smith and Shockley are both partners in the Ocean City firm Williams, Moore, Shockley and Harrison and each brings a wealth of experience to the table. Smith’s areas of expertise include real estate and corporate law, probate, estate planning and zoning law. He served as assistant state’s attorney in Worcester County from 1989 to 1998 and serves on the Boards of Directors for Atlantic General Hospital and the Bank of Ocean City.

Shockley will draw on similar experiences as he seeks the vacant Circuit Court seat. His focus of his practice has been on civil and criminal law, probate, real estate, corporate law and administrative and zoning law. He serves on the Boards of Directors for Peninsula Regional Medical Center, Worcester County GOLD and the Community Foundation of the Eastern Shore.

Little is known about Jacobs, other than she is currently an assistant state’s attorney in Baltimore City. The qualifications are specific about the residency of the prospective nominees including being a resident of Maryland for at least five years and a resident for at least six months prior to the appointment in the geographic area where the vacancy exists. Although the extent of her experience in Worcester is not known, clearly Jacobs must be able to meet the residency qualifications if she applied for the judicial vacancy.

For months in the spring and summer of 1814, Commodore Joshua Barney and his ragtag flotilla of gunboats had harassed the mighty British navy on the Chesapeake Bay and its tributaries. But outnumbered and outgunned, Barney and his miniature fleet were bottled up in the Patuxent River with no escape and enemy forces approaching.

So following orders from Washington, Barney's men scuttled the estimated 17 vessels — including his flagship, the USS Scorpion — near a place known as Pig Point.

Almost 200 years later, a team of archaeologists have been combing the bottom of a stretch of the river separating Prince George's and Anne Arundel counties in search of artifacts from what they believe is the wreckage of the Scorpion.

With a storm approaching, Susan Langley emerged from the murky waters of the Patuxent on a recent afternoon last week and climbed aboard a cluttered barge floating above the presumed resting place of the Scorpion.

"Visibility is a pretty grim right now," the chief archaeologist for the Maryland Historical Trust reported as she and her colleagues from the historical trust, the State Highway Administration and the Navy neared the end of three weeks of underwater excavation efforts. The team wrapped up Monday but hopes to be back next year to resume the mission to uncover a long-buried piece of Maryland's history in time for the bicentennial of the War of 1812 campaign that ended in the successful defense of Baltimore.

Archaeologists have suspected the presence of Barney's flagship in this spot since 1980, when Nautical Archaeological Associates researchers Donald Shomette and Ralph Eshelman performed a magnetometer survey of the river bottom and found artifacts they believed came from the Scorpion. But lacking the funds and facilities to preserve what they might uncover, they decided to conserve the wreck in place — leaving its excavation for another time.

That time didn't come until this year — and only in a limited way.

"It's all about the money," said Julie Schablitsky, chief archaeologist for the highway administration, which is involved because it is Maryland's center of expertise in archaeology. (Federal and state laws require the agency to protect historical resources that might be in the way of road projects.) Much of the funding for the project comes from federal transportation programs administered by the state.

Schablitsky said the state and federal governments were able to put together $200,000 to finance this summer's explorations, which were intended to pinpoint the dimensions of the wreckage to allow its excavation in future years.

"It truly is a literal time capsule, and 200 years would be a perfect time to open this time capsule," Schablitsky said. "This is a prime opportunity to garner support and enthusiasm for what we believe will be a very symbolic object to the entire state of Maryland."

The events that put the Scorpion on the bottom of the Patuxent are part of a heroic but little-known chapter in American history involving an all-but-forgotten hero of the early Navy.

Barney, born near what is now Dundalk, was a veteran of the Revolutionary War who re-entered naval service after war with Britain broke out in 1812. The summer of 1814 found him in command of the Chesapeake flotilla, a makeshift fleet of shallow-draft barges that did a surprisingly effective job of delaying and annoying the British. Barney's flagship was the estimated 50-foot Scorpion, with two long guns and two carronades.

In 1814, the British dispatched a fleet and army to the Chesapeake Bay region, where they raided costal settlements. Barney's ships were forced to flee to the sanctuary of the shallow St. Leonard Creek near the mouth of the Patuxent, where British warships could not pursue them.

Barney's sailors and a detachment of Marines staged a breakout at the Battle of St. Leonard Creek that allowed the flotilla to reach the Patuxent. Barney took his fleet as far north as he could, to a spot near present-day Waysons Corner.

After the fleet was scuttled, Barney led his sailors and Marines overland to join the Army at Bladensburg, where U.S. forces were routed Aug. 26 despite the stubborn stand made by his men. Barney was badly wounded and taken prisoner in the battle, which preceded the British capture of Washington.

Barney died in 1818, possibly as a result of his wounds.

Only now, said Bill Pencek, executive director of Maryland's War of 1812 Bicentennial Commission, through the excavation is Barney getting his due.

"It's very exciting because it brings attention to the most important and inspirational figures of America's forgotten war, Joshua Barney," Pencek said.

Rodney Little, director of the historical trust, said the Scorpion — if that is in fact what it is — could turn out to be the best-preserved wooden ship ever found in Maryland waters. He said the vessel was sunk quickly — without much opportunity to remove objects that would now be valued artifacts — and silted over within a few years by a series of storms. The silt, he said, has acted as a preservative.

"What we have here is a vessel that appears not to have collapsed. Its structural integrity appears to be reasonably intact," he said. Little said the funding for future work isn't 100 percent certain but added that the team has "fairly strong" commitments of about $4 million — enough to pay for most of the work being planned right now.

Schablitsky said the investment in archeology could pay off by generating tourism as people visit the excavation site.

To excavate the wreck, Schablitsky said, the team will need to install a device known as a coffer dam, which would section off part of the roughly 10-foot-deep river and pump out the water to expose the bottom. Her hope is that by 2012, the team will be able to erect viewing platforms from which visitors can observe the work being done within the confines of the coffer dam.

For now, Schablitsky said, there are no plans to raise the ship because the money is not available to conserve it — a venture she estimated would cost $7 million. Like Shomette and Eshelman before them, the Scorpion team may have to recover what they can and move on.

"Sometimes you have to leave something for the future," she said.