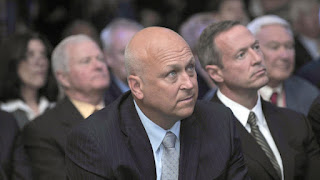 BALTIMORE -- Cal Ripken Jr. will add his star power to a fundraising effort for the University of Maryland Medical Center and its Shock Trauma Center.
The former Baltimore Oriole is being named honorary chairman of the campaign. The campaign's chairman, former state Sen. Francis X. Kelly, is a longtime friend of Ripken's.
The fundraising effort was set to kick off Thursday at a groundbreaking ceremony for a nine-story trauma/critical care building.
The building, set to open in 2013, will be the first major expansion of Shock Trauma since it opened in 1989. The project is slated to get $50 million in state funds over several years.
Officials said the expansion is needed because demand for services is expected to increase. Already, Shock Trauma serves nearly 8,000 patients a year in a building originally designed for 3,500.
www.wbaltv.com
Posted by jmmb at 2:39 PM No comments: