According to Verizon Tech Support, the entire state of Virginia is experiencing an outage right now.

There is no current estimate on how long the outage will be. They are working on it as quickly as possible. There is a master ticket out on the problem.

The first is a request on behalf of several local telephone companies to eliminate the provision that allows two free calls per month for directory assistance. The two free calls come with basic local dial-tone telephone service.

The Virginia Telecommunications Industry Association filed the request saying traditional local exchange telephone companies should be allowed to determine the number of free local directory assistance calls they provide to their customers. The two-call allowance has been in place since December 2008 when the Commission lowered the number from three to two.

The second is a proposal from Virginias largest local telephone company to waive the SCC requirement to publish and deliver a telephone directory containing customer listing information. Verizon proposes to make residential white page directories available only to customers upon request. Residential listings would also be available on-line at no charge. Verizon would continue to deliver directories that contain business and governmental alphabetical listings, together with the consumer guide information that is currently provided in white pages directories. Currently, the white pages directory is also included as part of basic local dial-tone telephone service.

An SCC hearing on the proposal to eliminate free directory assistance calls is set for November 10, 2010 at 10 a.m. The hearing will be held in a Commission courtroom on the second floor of the Tyler Building, 1300 East Main Street in downtown Richmond. Any person desiring to testify as a public witness should arrive early and sign in with the bailiff. The SCC intends to webcast the audio of the proceeding via the Internet. Instructions for listening to the webcast can be found on the SCC website at: http://www.scc.virginia.gov/case.

The SCC is also providing an opportunity for comments and requests for a hearing on Verizons proposal to waive the requirement to publish and deliver a directory of customer telephone numbers. Correspondence should refer to case PUC-2010-00046 and must be received by November 19, 2010. There are two methods for doing so. Send to the Clerk of the Commission, Document Control Center, P.O. Box 2118, Richmond, VA 23218. Or, submit comments electronically via the SCC website at: http://www.scc.virginia.gov/case.

According to an article in Thursday's Virginian Pilot, Pennsylvania agreed to allow Verizon and other telephone service providers to stop providing the phone books unless requested last week.
www.shoredailynews.com
Posted by jmmb at 7:45 AM No comments:

Verizon's Problems With Repair Complaints Being Investigated By SCC 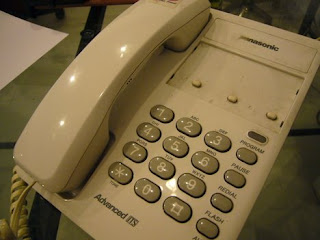 Richmond, Va. -- The State Corporation Commission is investigating why Verizon landline customers have had an unusually large number of complaints about the company's repair service.

"These complaints also raise the question of whether Verizon has, or is devoting, sufficient resources to maintain reasonable adequate service quality and to comply with standards in the rules," the SCC said.

The commission, which regulates public service companies such as Verizon, will hold a hearing on the issue Dec. 14.

Though neither Verizon nor the commission would release the figures on repair-service complaints, total complaints rose 44 percent in the first nine months of 2010, compared with the same period in 2009.

According to Verizon, the average number of out-of-service complaints has been about 100 per month this year, though the problems spiked to unacceptable levels in the summer months, Verizon spokesman Harry J. Mitchell said.

The phone company has taken steps to correct the problems, and "customer complaints have come down significantly since the summer months," he said.

Although it has told the commission, the communications giant would not say publicly what measures it had taken to fix the problems.

"Verizon classified virtually all of its reports as confidential," according to the SCC staff, which has objected to keeping the information from the public.

Its customer service measures are competitive secrets, the New York-based company said. Verizon also would not disclose how many customers it has in Virginia, though it did say it had lost 40 percent of its hardwired phone lines over the past decade.

According to the SCC, the increased out-of-service complaints involve:

• how long Verizon tells customers without phone service that they will have to wait before service can be restored;

• how Verizon gets customers to agree to go without service for extended periods;

• how long customers are without service while waiting for Verizon to make repairs;

• how often customers are without service;

• how long customers wait on the phone when trying to contact Verizon; and

• the effect on customers with medical needs.

In case of a service interruption, the SCC said, most Virginia phone customers should expect their landline service to be restored within 48 hours and no longer than 96 hours. Any customer who has a medical need should be back in operation within 24 hours.

The SCC said it continues to receive complaints from customers and government officials about Verizon's service.

From Jan. 1 to Oct. 31, the SCC received 3,601 complaints for all causes about Verizon Virginia Inc. and Verizon South Inc.

Verizon Virginia and Verizon South make up Verizon's landline operations in the state, and the commission refers to them both as Verizon in its proceedings.

However, Mitchell said, "Verizon is both complying with the commission's rules and meeting its service obligations under Virginia law."

Fewer than 2 percent of the company's customers on average have an out-of-service problem in any given month, Mitchell said, and only a small fraction -- fewer than six in 100,000 -- file complaints about being out of service with the SCC.

"I'm not minimizing these complaints," Mitchell said. "Verizon is focused on delivering quality service for all its Virginia customers and, overall, we do just that."

Last year, the commission revised its rules governing the quality of local phone service in Virginia.