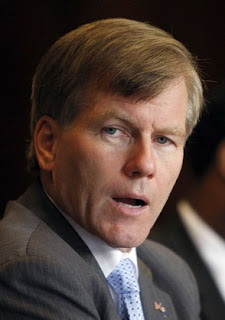 Gov. Robert F. McDonnell yesterday unveiled his plan to privatize Virginia's state-run liquor empire. It's a big business. Residents drank a healthy $322 million worth of distilled spirits last year, pouring $115 million in net profit into Richmond's coffers. Wresting this bottle from state lawmakers would represent a significant victory for Mr. McDonnell, but it comes at a cost to consumers.

Each of the commonwealth's 332 government-operated stores is highly lucrative, averaging $335,000 in annual profit. That's not surprising, considering the Department of Alcoholic Beverage Control (ABC) has armed agents ready to put potential competitors behind bars. If the state ran grocery stores and fast food under the same monopoly conditions, these also would bring in tidy sums. Government has no legitimate reason for involvement in any of these private enterprises.

To fix this problem, Mr. McDonnell would sell the ABC stores and distribution warehouses, auctioning off 1,000 licenses to the private vendors, convenience stores and supermarkets willing to take over the business. Given the demonstrated profit margins, it won't be hard to find buyers.

The difficulty comes in considering what to do about the $226 million in alcohol taxes these stores collect. There's a markup of 69 percent to 79 percent on each bottle, which is then taxed 20 percent at the wholesale level and once more at 5 percent at the retail level. According to Tax Foundation data, that averages out to $20.13 per gallon of spirits - the third highest levy in the nation. By comparison, the same tax in the District and Maryland is a mere $1.50. Not surprisingly, many of the District's liquor stores report that Virginians account for half of their sales. Rather than go cold turkey, Mr. McDonnell proposes to rearrange the way taxes are collected so that the cash flow remains roughly the same after privatization, contrary to some early news reports.

"There is no tax increase, period," said Stacey Johnson, a spokesman for the governor, to The Washington Times. "Under this proposed privatization plan, it will keep the ongoing revenue to the state equivalent to what it is in the current monopoly setup."

It's unfortunate that the General Assembly's big spenders will stay sloshed with alcohol taxes that ought to be reduced or eliminated, not maintained at their current sky-high levels. Worse, the sale of ABC stores, warehouses and licenses would generate about $468 million in upfront cash that would be deposited in the Virginia Transportation Infrastructure Bank. Like the federal infrastructure bank proposed this week by President Obama, this newly formed state government entity would subsidize public-private transportation partnerships, such as the controversial scheme to turn Interstate 95/395 into a toll road. In theory, such projects allow private companies to relieve Richmond of the significant burden of maintaining an expensive highway. It sounds great until you realize the burden shifts to a public hit with tolls plus the cost of all the subsidies that would be doled out to the well-connected firms landing such contracts.

It would be a far more palatable plan if Mr. McDonnell were to proceed with the sale of the stores without the tolling boondoggle. Earlier this year, the Virginia chapter of Americans for Prosperity released a 140-page plan for the Old Dominion that outlined how the legislature could save billions by not spending like a drunken sailor (no offense to drunken sailors). By dumping wasteful programs like the $5 billion Dulles Metro extension, there would be no need for tolls or booze taxes.