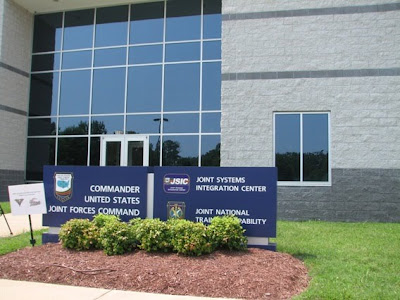 Even in the midst of a tough re-election campaign, Congressman Glenn Nye is still working to keep the Joint Forces Command in Norfolk open. JFCOM accounts for 42% of the 2nd District's GDP.

"We've been working together as a Virginia coalition since day one when we found out the Secretary of Defense wanted to close JFCOM," said Nye in an interview. "I've met with Governor McDonnell, Randy Forbes and Bobby Scott and we've united as a team and made pretty good progress pushing back on the issue."

Nye says it is Congress' job to decide whether JFCOM stays open. He also says there have been no studies to show how much money will be saved by closing the command.

"Congress makes decisions about funding the Defense Department and anything they would like to change they have to get funding," explained Nye. "We're not going to allow them to close the command without doing an analysis that shows how it could actually save any money and how we could maintain those important military functions of JFCOM without hurting our military."

According to the most recent poll sponsored by Christopher Newport University, The Virginian-Pilot and 13 News of likely voters, opponent Scott Rigell leads Nye by one half of a percentage point. Other polls have shown Rigell's lead is much greater. Rigell has also said he will fight to keep JFCOM open.
www.shoredailynews.com
Posted by jmmb at 7:45 AM No comments:

The results are in and Scott Rigell was the decisive winner in the Republican 2nd District Congressional Primary yesterday.

Rigell took no time in setting the stage for the campaign against Incumbent Glen Nye, saying "Really clearly define how I am different from Glenn Nye and that is not hard to do, our life experience, the way we see our country and the challenges before us are profoundly different."

The election will take place this November. Nye has split with his party on several key issues, including healthcare, President Obama's budget and the "cap-and-trade" bill. However, Nye has voted with the Democratic Speaker of the House Nancy Pelosi in roughly 96% of his votes. Nye supported the $604 billion Stimulus Bill as well, which was estimated by the CBO to add $816 billion to the national debt from 2009.
www.shoredailynews.com
Posted by jmmb at 6:47 AM No comments:

Nye proclaimed we are all facing a challenging times and he applauds the small businesses on the Eastern Shore who are "on the economic front lines."

The Congressman also boasted of the legislation he added to the American Recovery and Reinvestment act providing tax incentives to small businesses who hire veterans returning home from conflict.

Healthcare also made Congressman Nye's address. Nye said he does support reform to increase healthcare coverage, but he felt President Obama's approach was not the correct way.

"We ought to have been looking at ways to save money and lower costs before we build in all the increases on the issue of coverage," explained Nye. "I think that is a better foundation for reaching the same goal."

Nye promised he would continue to focus on local issues and to represent the wishes of his constituents in Virginia's 2nd Congressional District. He promised to keep tax burdens on small businesses low.