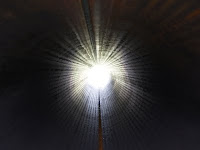 SEVERNA PARK, Md. - Is there life after death? For one local woman, there most definitely is.

A neighbor says 89-year-old Ruth Johnson had not been seen for days when Anne Arundel County police went to her home in Severna Park, on Oct. 1.

A police report says officers found Johnson motionless on a bathroom floor. Her skin was blue and she wasn't breathing. Because she appeared to be dead, according to the report, police did not check her pulse.

Police told Johnson's family she had passed away. They also notified her doctor, and the Chief Medical Examiner's office in Baltimore.

Three hours later, a man with the State Anatomy Board came to pick up the body, which Johnson had agreed to donate to science. It was then that Johnson was seen moving her arm, and taking breaths.

The Annapolis Capitol reports she was rushed to a hospital and has since been discharged.

A police spokesman says the case is under administrative review to make sure the officers involved followed proper procedures.

RALEIGH A body's journey in the back of a hearse is grim but usually brief.

That was not the case, though, for Linda Walton.

On Friday, nine days after a mortuary service picked up Walton's corpse from an apartment in Carrboro, police were called to investigate a foul odor in downtown Graham, a small Alamance County town about 55 miles west of Raleigh.

Investigators traced the smell to a hearse owned by David B. Lawson Mortuary, the undertaker that picked up Walton's body Aug. 11. Walton, 37, who investigators think died about a week before she was discovered, was still in the back of the undertaker's vehicle.

The gruesome find set off an investigation by police and the Alamance County district attorney's office. Their findings have sparked an inquiry by the N.C. Board of Funeral Service, which is responsible for the administration and regulation of the profession of funeral service in North Carolina.

Police do not suspect foul play in Walton's death. But investigators had not determined whether Lawson, the owner of the mortuary service that had her body, had run afoul of the law.

Lawson, a licensed funeral director and embalmer in North Carolina for 34 years, did notrespond to phone calls seeking comment.

Capt. Joel Booker of the Carrboro police department said Lawson's service was called after investigators couldn't find Walton's next of kin. Police believed that she had died of natural causes so there would be no autopsy ordered by the state medical examiner.

Lawson Mortuary, Booker said, was on a list of mortuaries that would pick up bodies. Carrboro investigators said when Lawson's showed up at the apartment in western Carrboro, investigators told the driver that they were having difficulty finding Walton's family.

"What the investigators told me is Lawson's said, 'Not a problem. We'll put her in deep-freeze,'" Booker said. "So off they go, and that's the last we know of it until we heard from Graham police last week."

It was unclear whether Lawson's had a refrigerated unit for storing bodies.