Smoke From Great Dismal Swamp Spreads As Far As Baltimore

My husband was in North Carolina last week and took this photo of the smoke coming  from the Great Dismal Swamp fire. (below) 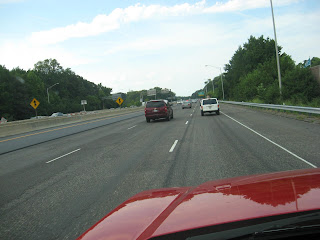 Falling trees have become a serious concern for crews fighting the blaze. The fire is burning through the deep peat layer, which sometimes measures up to 6 feet below the surface. This layer provides the foundation for trees in many areas of the swamp and firefighters say trees are coming down in every direction, often blocking roads and escape routes.

“With the consumption of the organic material, the root structure is seriously weakened,” said Incident Safety Officer Brian Beisel. “This is going to be a concern, not only for the firefighters currently working here, but for anyone entering into these burned areas for some time to come.”

Increased smoke has forced air operations previously based in Suffolk to relocate to airports in Chesapeake and around Hampton Roads. 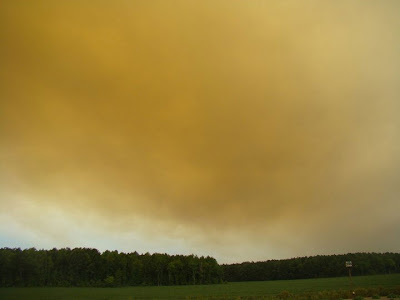 Firefighters plan to begin pumping water from Lake Drummond into ditches throughout the swamp to raise the water table and prevent the fire from further spreading. 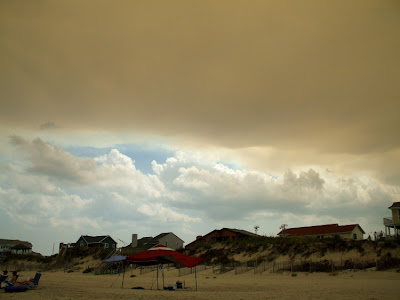 Portions of the Refuge are closed to the public including: Lake Drummond, Railroad Ditch, West Ditch, Interior Ditch and Corapeake Ditch Roads. The area of the Refuge south of Corapeake Ditch Road is also closed. The North Carolina Dismal Swamp State Park is closed. The Corps of Engineers has closed the Feeder Ditch, the Lake Drummond Reservation, and the alternative route of the Intracoastal Waterway, the Dismal Swamp Canal.
Source;  http://www.wtkr.com/news/wtkr-great-dismal-swamp-fire-only-10-percent-contained-smoke-spreads-as-far-as-baltimor-20110813,0,7664500.story
Posted by jmmb at 5:07 PM No comments: