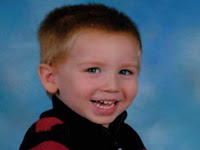 WILMINGTON, Del.- A 3-year-old boy has been located after he went missing from a Delaware home early Tuesday morning.

New Castle County Police have canceled an Amber Alert issued after reports were issued that the child was abducted at gunpoint.

The missing child, identified as Brian Kenney, was later found uninjured in Wilmington. He is currently being evaluated.

Stumbers (the childs mother) was taken into custody and is facing charges. The incident remains under investigation.

WILMINGTON - Police in New Castle County have issued an Amber Alert after a 3-year-old was reportedly abducted from a Delaware home at gunpoint early Tuesday morning.

Officers were called to the Murray Manor Trailer Park on the 500 block of 6th Avenue at about 2:20 a.m. following reports of a child being abducted by three gunmen.

The child's 24-year-old father said he awoke to three males assaulting him with the butt of a handgun. He was knocked unconscious during the attack and when he arose, he discovered his son and the child's mother were missing.

The victim told police he believes the mother, 24-year-old Ashlie Stumbers, has full custody of his child and she may have played a role in the incident.

The missing child, identified as Brian Kenney, is said to be 3-foot-tall and weighs 45 pounds. He has blond hair, blue eyes and was last wearing blue and yellow pajamas with a print on the front.

Stumbers is said to be 5-foot-4, 135 pounds and has brown hair and blue eyes.

If you have any information on Kenney's or Stumbers' whereabouts, call 911.