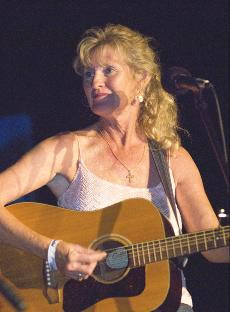 Here are the winners in our Gulf oil tragedy song contest - click here
Posted by jmmb at 7:15 AM No comments:

CHESAPEAKE, Va. (WAVY) - Bret Michaels, former singer for Poison and current "Celebrity Apprentice" contestant, fought to stay in the boardroom Sunday night, but the episode was taped months ago. In real life, Michaels is fighting to get out of the hospital.

Doctors found a massive bleed at the base of his brain stem after he complained of a sudden, excrutiating headache Thursday.

Chesapeake Neurosurgeon Charles Levy is not privy to Michaels medical records, but says that his condition sounds like an aneurysm.

"A large percentage of people who have aneurysm hemorrhage do not make it to the hospital," said Levy.

According to the Brain Aneurysm Foundation , six million Americans have unruptured brain aneurysms, but only a small percentage will bleed.

Eight out of every 100,000 people with aneurysms will rupture each year. Four out of seven who recover from the event will have disabilities. Forty percent of people who have a rupture will die.

"If he's awake, and still with the slurred speech, most likely a lot of that will probably recover quite well," said Levy.

This is the latest in a series medical problems for the singer. Aside from being a lifelong diabetic, ten days earlier Michaels had an emergency appendectomy.

He was also injured at last year's Tony awards when a moving piece of stage hit him.

Levy warns any sudden severe headache should be checked out right away. He says people who smoke and have high blood pressure are at greatest risk, but anyone can have one.

Host and Executive Producer of the "Celebrity Apprentice," Donald Trump, told TMZ Monday the prognosis is not great, but said Michaels is an amazing competitor and that could save his life.

"As of now Bret remains in ICU under 24 hour surveillance. Further testing this week will help locate the source of the bleeding."
More updates may be available from Michaels' website, BretMichaels.com