We've waited a while for this!  Should be spectacular and I can't wait!! 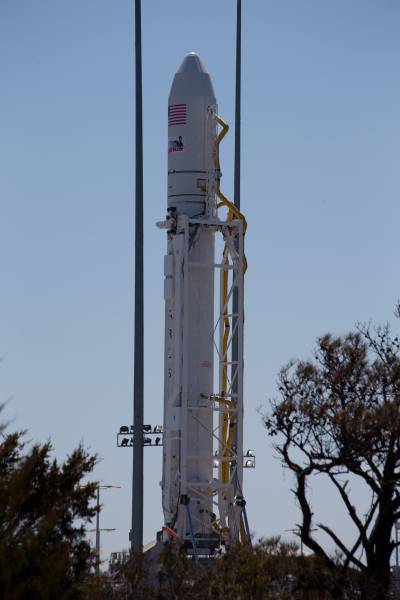 Orbital is testing the Antares rocket under NASA's Commercial Orbital Transportation Services (COTS) program. NASA initiatives like COTS are helping develop a robust U.S. commercial space transportation industry with the goal of achieving safe, reliable and cost-effective transportation to and from the space station and low-Earth orbit.

For more information on the launch, Wallops, and NASA initiatives like COTS, see:http://www.nasa.gov/centers/wallops/missions/antares.html.
Posted by jmmb at 7:05 AM No comments:

Strange Lights in the Sky

For anyone that saw the bright lights in the sky Saturday evening just after dark it wasn't a visit from aliens. I heard a deep rumble, similar to thunder, from not too far away, but thought nothing of it until I got a phone call from my son concerning any rocket launches from NASA. From Assateague beach on the Maryland side a huge bright light was seen and then just poofed into a white cloud. Well, that must have been an interesting sight.

Turns out NASA successfully launched the Black Brant XII rocket from the launch pad located in Wallops Island, Virginia. The rocket was designed to gather data on the highest clouds in the atmosphere. NASA hopes that the experiment will give them useful information regarding the properties and formation of the clouds, named noctilucent clouds, which occur in the higher altitudes.

So there you have it! Lots of people living in the Northeast (even as far away as Boston) saw the lights. Many people reported the sightings to news stations, as I guess I would have too. But, sorry, no aliens, just NASA.