The Wicomico County Sheriff's Office has released an updated photo of the 15-year-old girl reported missing on Monday.

Gabriella Marie Blades, a Parkside High School 10th-grade student, was last seen Monday at the school. She left Parkside before the close of school, although authorities do not suspect her departure was by force.

Blades is described as 5-foot-9 with red hair, green eyes and weighing 220 pounds.
When last seen, she wore a red hoodie with a front zipper, a white T-shirt and blue sweat pants.

Contact the Sheriff’s Office with information regarding Blades’s whereabouts at 410-548-4891.
Posted by jmmb at 10:57 AM No comments:

Crackdown On Sexual Exploitation of Children Launched By FBI

WASHINGTON -- More than five dozen child prostitutes have been found in the last three days as part of a nationwide crackdown on the sexual exploitation of children, the FBI said today.

FBI spokesman Jason Pack said 69 children were removed from prostitution and 99 suspected pimps were arrested in 40 cities across 30 states and the District of Columbia. Authorities arrested 785 other adults on a variety state and local charges, Pack said.

All the children found in the last three days have been placed into protective custody or returned to their families.

The children were found during Operation Cross Country V, a three-day roundup targeting child traffickers and pimps. The largest group of child prostitutes, 24, was found in and around Seattle, according to the FBI. 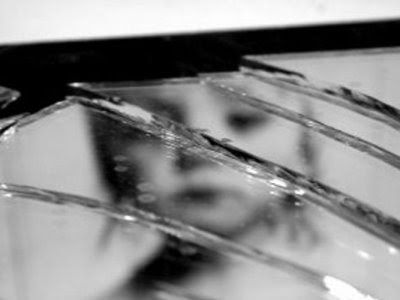 FBI executive assistant director Shawn Henry said the children found ranged in age from 12 to 17. Authorities are working with the National Center for Missing and Exploited Children to confirm their identities.

Henry said child prostitutes are often recruited by loose-knit groups that seek out kids who may be involved in drugs or runaways looking for a "responsible adult" to help them.

"There are groups of people out there preying on naive kids who don't have a good sense of the way of the world," Henry said. "Sometimes there's a threat of force, threats of violence. A lot these kids operate out of a sense of fear."

Since 2003, when the FBI and the Justice Department launched the Innocence Lost National Initiative, about 1,250 child prostitutes have been located and removed from prostitution.

Story continued ~~~~~
The Pocomoke mother that went missing during the first week of April and then returned to her home in Pocomoke has gone missing again.

Back in April it was reported to the police by the mother, Theresa Parks, that her daughter, Kristen Shockley, was missing. Kristen has a toddler son and attends WorWic Tech. When she did not arrive home from class one evening and her mother could not reach her daughter by cell phone the mother of the young woman became concerned. Contacting the local police department after waiting the required 24 hours Theresa was told they couldn't do much since her daughter was an adult and would more that likely, return home. Theresa began to reach out to the community for assistance in locating her daughter and the community came to her need.

Also during the week of April 5 th a phone call from Kristen to her mother lead her mother on a chase to Baltimore, Maryland where Kristen said she was and wanted to come home. Even though Kristen was calling from a police station the department could not hold her because she is an adult. And unfortunately Kristen was gone by the time her mother had completed the two hour or more drive to the city.

A few days after Theresa's trip to Baltimore Kristen returned home to Pocomoke and was reunited with her small son and family but only for a short time.

She has left her son and family once again ending up in Baltimore.

The missing mother from Pocomoke, Kristen Shockley, was arrested May 11, 2010 and is being held in a Baltimore jail. Also arrested was Paul Daniel Brown, Jr. Giving their addresses as unknown and homeless the two have been arrested and charged with fourth degree robbery and malicious destruction of property.