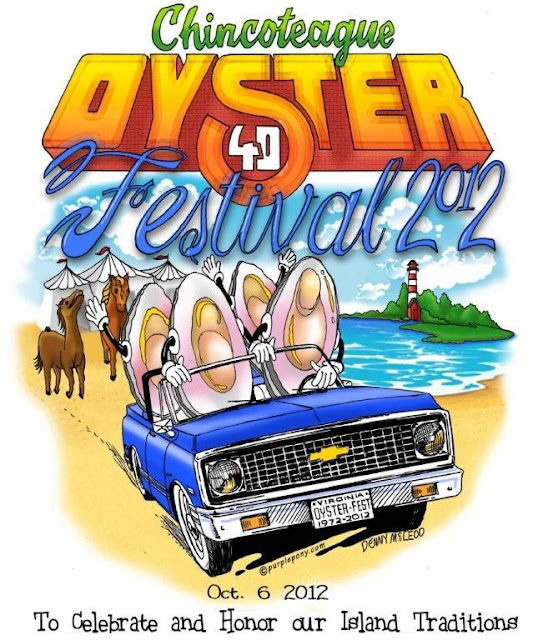 Orioles and Nationals go to bat for the Chesapeake Bay Foundation

BALTIMORE—Some Orioles and Nationals players are going to bat for a new team—the Chesapeake Bay Foundation.

MASN, the television network that broadcasts the Baltimore and Washington games, was to announce Friday that it is launching a "Go to Bat for the Bay" public service campaign with the foundation.

The spots featuring players such as Orioles pitcher Jeremy Guthrie and Washington's Adam Dunn are designed to educate viewers about the bay and its restoration. Tips include using less lawn fertilizer and chemicals and planting trees.

In Guthrie's pitch, he tells viewers the Chesapeake produces 500 million pounds of crabs, oysters and other seafood.

"A cleaner bay means better seafood and more jobs for those who bring the Chesapeake's bounty to our dinner tables," Guthrie says in the spot, which cuts from scenes of crabs, oysters and boats on the bay, to the pitcher standing in his uniform at Camden Yards.

In another commercial, Nationals manager Jim Riggleman tells viewers the bay has lost half of its forested shoreline, more than half its wetlands and 90 percent of its underwater grasses.

"The health of the Chesapeake is in jeopardy. Go to bat for the bay," Riggleman says.

The bay is the nation's largest estuary and was once a major producer of oysters and crabs. However, pollution and development have spurred oxygen-robbing algae blooms, killed bay grasses that provide habitat for many species, and hurt the seafood population. The bay watershed covers Maryland, the District of Columbia, New York, Pennsylvania, Virginia and West Virginia, almost all of MASN's seven-state territory. MASN spokesman Todd Webster said the network is available to 7 million households from Harrisburg, Pa., to Charlotte, N.C. On an average night during baseball season, about 175,000 people watch the Orioles and Nationals.

Foundation President Will Baker said the partnership will "enhance awareness and educate millions of sports fans who live in the Chesapeake region."

Seafood Costs Could Be Affected

CHESAPEAKE, Va. (WAVY) - It's far to early to know whether or not oil from the Gulf of Mexico could reach our coast, but that's something officials are watching very closely. The spill could affect the area in other ways.

A gorgeous day in Norfolk's Ocean View seems far removed from the nightmare on the water in the Gulf Coast. High winds, heavy seas and rain are making it tough on crews trying to contain the oil and stop the leak.

"For everyone who has been affected by this spill know this, your government will do everything it takes, for as long as it takes, to stop this crisis," said President Barack Obama.

The situation could become far more grave if the oil gets into the gulf stream. The oil could potentially drift around Florida and up the coast.

"There would be concerns all the way up the East Coast if that happened," said Norfolk's Alicia Bauers. "I would hope that it would be stopped before it got up this far."

Sunday, officials announced a ban on fishing for at least 10 days from Louisiana to parts of the Florida panhandle.

"It's going to be a huge economic impact on the Gulf," said Chesapeake's Ron Lucas. "It's more than what a lot of people are even thinking about right now."

Local seafood markets like Family Seafood in South Norfolk could soon be feeling the affects.

"We've already been told that shrimp and oyster prices will be going up," Lucas added. "We are going to be relying more on local industry for the oysters."

It's dire a situation for fishermen in the Gulf.

"Some of these cats, this is all they know," said shrimper Leroy Meaux. "They don't know how to do nothing, but catching shrimp."

"It's going to be very devastating for them," Lucas said.

Local crabbers are getting calls from people in Mississippi, Louisiana and Texas asking how much it would cost to ship blue crabs from Hampton Roads.

Come one, come all to the 7th Annual Oyster Roast & Seafood Extravaganza! On Saturday, April 17, 2010, the Crusading Kippers Relay for Life Team and J.H. West Seafood will host the event. It will be at J.H. West Seafood in Oyster. Festivities begin at 4:00 PM and the fun lasts until midnight, with food being served until 8:00 PM. Guests will feast on oysters, clams, snow crabs, crab balls, shrimp, tuna, soft crabs, fish, scallops and mussels. Foods for the land-lover such as barbeque, meatballs, wings, baked ziti, macaroni and cheese, potato salad, and coleslaw will be served as well.

The crowd will be delighted by the talents of the musical groups Thelma & Erika Peterson, and Heather & the Oyster Boys. Both silent and live auctions featuring local artwork and crafts, carvings and jewelry will be held. This event offers something for everyone.

Tickets are $50. Beer/liquor cups can be purchased for $10. Tickets are available at J.H. West Seafood in Townsend, Sullivan's Office Supply, Rayfield's Pharmacy in Cape Charles & Nassawadox, the Eastville Post Office, Machipongo Trading Co, T&W Block and Whats Your Fancy in Parksley. Tickets are limited. For more information, contact Dana at 331-4420.