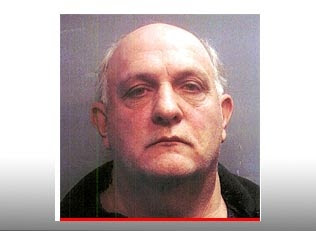 NORFOLK, Va. - A former Virginia Beach resident was indicted by a Norfolk federal grand jury Friday with making a false distress signal to the United States Coast Guard in an alleged attempt to fake his own death to avoid a probation violation hearing.

According to the indictment, Larry L. Deffenbaugh, 58, also known as "Mike Meyers," was boating on the Chesapeake Bay on May 10, 2009 with his brother.

At some point, the indictments says, Deffenbaugh caused his brother to believe that he had fallen from the boat and into the bay, thereby causing Deffenbaugh's brother to contact Coast Guard authorities seeking help.

As a result of the allegedly false distress call, the Coast Guard deployed resources in an effort to save Deffenbaugh's life, though, according to the indictment, he was not in any danger. Despite an extensive search, the Coast Guard search team could find no trace of Deffenbaugh.

Deffenbaugh's disappearance occurred two days before he was to appear in Calvert County, Maryland for a probation violation hearing.

Deffenbaugh was sentenced to a suspended 15 years prison sentence and five years probation in 2008 after he was convicted for theft. 551 victims took Deffenbaugh to court, saying he bilked them out of cemetery services they purchased.

After Deffenbaugh's dissapearance, investigators contacted the show "America's Most Wanted", which profiled the case in November 2009. The show aired again on February 13, 2010 and within hours, a tip came in that eventually led to Deffenbaugh's arrest.

U.S. Marshal's Service deputies tracked him down at his home in Baytown, Texas. Officials say Deffenbaugh was living under the assumed name, "Mike Meyers." Deffenbaugh was arrested and extradited to Maryland where he is currently in custody awaiting his probation violation hearing.