Man Charged With Murder Is No Stranger To Jail 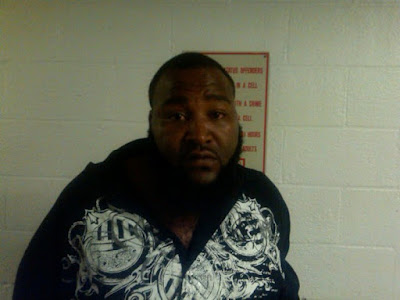 SNOW HILL -- Police arrested a Pocomoke City man for the stabbing death of a teen, charging him with murder.

James Edward Ballard, 29, of Pocomoke City, was ordered to be held without bond by Judge Gerald Purnell in Worcester County District Court.

The circumstances of the incident were not immediately clear. First-degree murder is a charge that implies premeditation; Ballard told police he was defending himself.

According to court documents, Pocomoke City Police and Maryland State Police responded at 2:30 p.m. to a reported stabbing in the 700 block of Eighth Street in Pocomoke City, across the street from the middle school.

Investigators telephoned Ballard to come in for an interview. At the Pocomoke City Police station, he confessed to stabbing Bailey, calling it an act of self-defense. In charging documents, police allege that Ballard killed Bailey with premeditation, based upon their investigation.

"It's always a tragedy when people resolve anger and frustration with this kind of violence," said McDermott. "I'm glad we know who the bad guy is and we have dealt with the criminal."

Bailey had graduated from Pocomoke High School in June. Tyrone Mills, the school's principal, said in a statement: "We are deeply saddened to learn of Russell's death. It is a tragedy to lose a young man who had his whole life ahead of him."

Mills described Bailey as a student who enjoyed working on vehicles in the auto tech program who had aspirations to continue his education after he graduated last spring.

At Snow Hill District Court early last Thursday, Ballard, the suspect in Bailey's killing, sported a bushy beard and shiny white Air Jordan sneakers with his a navy blue prisoner jumpsuit. He told the judge that he has "a lot of stuff going on" in his life, that he needed a lawyer, and asked for a preliminary hearing.

Ballard also told the judge he had barely been home two weeks after having spent 18 months in jail for a probation violation.

In September 2008, a Worcester County Circuit Court judge sentenced Bailey to a year in jail and two years on probation on charges of second-degree assault.

Months later, authorities learned not only had Ballard moved from Pocomoke City to Philadelphia, but he had been arrested there in February 2009 on drug charges. They also learned of his July 2009 arrest in Hampton, Va., also on a drug charge.

Both his move and the arrests violated the terms of his probation. As a result, a judge sent him back to jail for another 18 months in November 2009.

Ballard's criminal record in Worcester and Wicomico counties dates to 1999 and includes other charges for burglary, drug possession, armed robbery, assault and escaping from police custody. No date has been set yet for Ballard's next court appearance.

Ballard's record includes burglary, drug possession, armed robbery, assault and escaping from police custody. Anyone who is surprised he has now been charged with murder shouldn't be. This is usually the natural progession of those that end up committing murder.