WASHINGTON (Reuters) - The Pentagon on Wednesday raised the alert level at military bases, most of them domestic, ahead of the 10th anniversary commemorations of the September 11, 2001, attacks on Sunday.

But it said its decision to heighten force protection levels at military installations, including the Pentagon building itself, was not due to any specific information about a credible terrorism threat.

"This is not in response to any particular threat but is a prudent and precautionary measure," said Pentagon spokesman George Little. The Pentagon said the move takes effect on Wednesday and will continue through Sunday.

The Pentagon was among the targets of the September 11, 2001, attacks, in which al Qaeda militants hijacked four airliners and killed almost 3,000 people. Two of the planes hit the World Trade Center in New York, one hit the Pentagon, and a fourth plane crashed into a field in Shanksville, Pennsylvania.
Security officials are being especially vigilant as the 10th anniversary of the September 11 attacks approaches.

The State Department issued a "Worldwide Travel Alert," saying Americans traveling and living abroad should be aware of the continued threat posed by al Qaeda and its affiliates.

Still, U.S. Homeland Security Secretary Janet Napolitano said last week there was no credible intelligence that al Qaeda was plotting an attack for the September 11 anniversary.
Documents discovered in Osama bin Laden's compound in Abbottabad, Pakistan, after he was killed in a raid in May by Navy SEALs highlighted his persistent interest in attacking the United States around the 10th anniversary of the September 11 attacks. But it's unclear those plans ever evolved beyond aspiration. 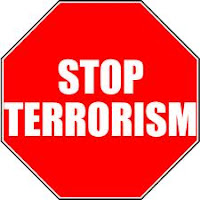 "As you all have seen, the 10th anniversary of 9/11 was mentioned in the documents seized at the Abbottabad compound," Little said.


"Now this does not suggest in any way, shape or form that we know about a specific or credible threat to the United States homeland surrounding the 10th anniversary."