Written by
Nancy Powell
Staff Writer
(Jan. 13, 2012) The 43-year-old Pocomoke man who was found not guilty last week of arson and other related charges found it impossible to obey the judge’s order to be quiet in the courtroom. 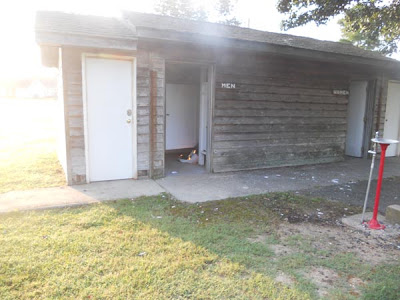 “Thank you, Jesus,” Anthony Deshields shouted after the judge announced the verdict.
When Judge Thomas C. Groton III admonished him, Deshields said, “I’m excited. You have to excuse me.”

Deshields was found not guilty of setting fires to a trashcan in a bathroom, a children’s slide and a bench at a pavilion at Cypress Park. 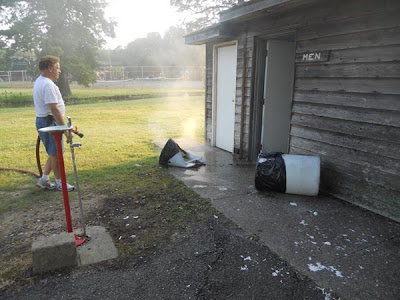 During the trial, a recording a surveillance video showed a man dressed in black walking in Cypress Park in Pocomoke the morning of Aug. 21, 2011. Pocomoke policeman Ralph Corbin testified that he recognized the man as Anthony Deshields because of his clothing and because it showed a tall slender man.
“Just his general height and weight and clothing,” said Corbin, who admitted he did not see the suspect’s face.

Corbin also testified that he “really had not much experience with him except for the past two weeks and he wore the same clothing the entire time.” 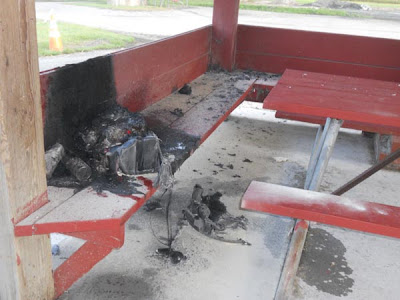 A nearby resident testified that she saw a tall, slender black man wearing dark clothes and carrying a white bag over his shoulder when she was walking her dog that morning. But she was also unable to see the man’s face and could not identify Deshields in court as the man she saw.
Pocomoke Police Chief Calvin Sewell, who was a lieutenant at the time, testified that he interviewed Deshields after being told he was the suspect. Deshields denied setting the fires, the chief said. He interviewed one other man “for the process of elimination.” 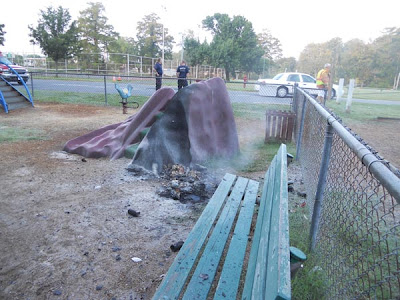 Deputy Fire Marshal Rodney Sharpley Sr. testified that he eliminated natural or accidental causes for the fires and that he had interviewed Deshields, who said he saw a burnt trash can outside the bathhouse when he went to the park.


Testifying in his own behalf, Deshields said he spent the night in the lobby of a nearby post office because he had been out partying and did not want to disturb his mother, with whom he lives. That morning, he rode his bike from the post office to the park to wash up in the bathhouse before going home, he said.
“I went straight to the bathrooms,” he said. “I took care of my business and then left.”
Groton said he did not believe Deshields, but the circumstantial evidence and the untruthfulness “do not rise to the level of beyond a reasonable doubt.”
There was no evidence of Deshield’s guilt, he said.
Deshields had been in the Worcester County jail since his arrest Aug. 23.
Source;