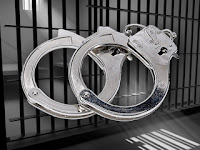 In July 2012, members of the Worcester County Criminal Enforcement Team began a Heroin distribution investigation and identified Tony Lamont Mills, Age 32, of Berlin, Maryland who was distributing Heroin throughout Northern Worcester County. During the course of this investigation several purchases of Heroin were made from Mills. As this investigation progressed, an undercover Detective from the Criminal Enforcement Team was able to conduct two hand to hand purchases of Heroin directly from Mills on two separate occasions. It should be noted that during one of these hand to hand purchases of Heroin, Mills conducted this transaction while holding an infant child on his chest. It was also learned that Mills was also wanted on a Parole Retake Warrant from the Department of Corrections and a Violation of Probation Warrant from the Worcester County Sheriff’s Office. The Ocean City Police Department Narcotics Unit assisted the Criminal Enforcement Team throughout this investigation.
As a result of this investigation, Detectives authored a search and seizure warrant for a residence located on Elizabeth Street, Berlin, Maryland, where Mills was residing. On August 31, 2012, members of the Criminal Enforcement Team executed this search and seizure warrant utilizing the Berlin Police Department SWAT Team. Mills was subsequently apprehended while attempting to hide in a closet inside of the residence. A search of the residence revealed 6.8 grams of marijuana and additional six bags of Heroin along with a loaded .32 caliber revolver. A total of 28 bags of Heroin was recovered over the course of this investigation totaling approximately 2.8 grams. Mills is prohibited from owning and/or possessing a firearm as a result of a previous conviction of a disqualifying crime. This loaded .32 Caliber handgun was located in the closet where Mills was taken into custody. Additional items of evidentiary value was also seized from the residence. Mills was subsequently transported to the Worcester County Sheriff’s Office where he was charged with the following offenses:
On View Charges:
·         Possession of Marijuana – 1Ct.
·         Possession of Heroin – 3 Cts.
·         Possession with intent to Distribute Heroin – 1 Ct.
·         Distribution of Heroin – 2 Cts.
·         CDS – Possession of a firearm – 1Ct.
·         Firearm – Possession with felony conviction – 1Ct.
·         Firearm in relation to drug trafficking crime – 1Ct.
·         Illegal possession of a firearm – 1 Ct.
Committed to the Worcester Co. Jail - $55,000.00 Bond
Warrants:
·         Violation of Probation – $25,000.00 Bond
·         D.O.C. Parole Retake – Lodged as a detainer
The Worcester County Criminal Enforcement Team was assisted during the execution of this search and seizure warrant by the Berlin Police Department SWAT Team, Berlin Police Department Canine Division, Ocean City Police Department Narcotics Unit, Bureau of Alcohol Tobacco and Firearms, Worcester County State’s Attorney’s Office and the Worcester County Sheriff’s Office Patrol Division.