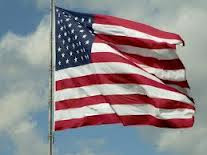 Originally written in 1892, the Pledge of Allegiance was not
officially recognized by the U.S. Congress until December 28,
1945.

In 1999, a New Hampshire resident contacted the office
of Senator Robert Smith to inquire why the Senate did not
follow the House, which had incorporated the Pledge into its
proceedings 11 years earlier.

Spurred by this inquiry, the Senate amended its standing rules on June 23, 1999, providingfor the presiding officer to lead the body in the Pledge at the start of each daily session.