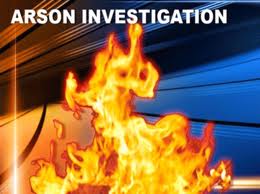 
Dispatchers say the fire was so large that folks could see it from miles away.

The shed had been used previously to sort and grade potatoes, but Va. State Police say the only thing inside the equipment garage was a boat.

There were no injuries.


This is the county's 38th arson since mid-November and ajuthorities don't know if one person is responsible for the fires or whether some are the work of a copycat.

This was the second arson of the weekend. On Saturday night, someone set fire to an abandoned, three-sided storage building in the 25000 block of on Parksley Road. Authorities said the building had no electricity.