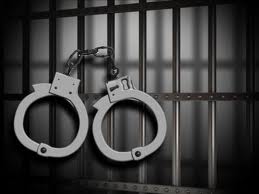 
On Monday, February 18, 2013 a Worcester County Sheriff’s Office Deputy was dispatched to Wal-Mart, Berlin for a reported employee theft.

During the investigation and subsequent interview it was learned Ms. Tykia Taylor 20 years of age form Stockton Md., allegedly stole money from Wal-Mart on eight  separate occasions.  The total amount stolen was approximately $3,144.00.

On the evening of Sunday, February 17, 2013 Worcester County Sheriff’s Office Deputies and Maryland State Police responded to the Francis Scott Key Motel for a domestic incident.
Both parties were separated and made arrangements for a ride.  While waiting for their individual rides Mr. William Thomas 31 of Delmar Md. confronted the female victim after being ordered to stay away.  Mr. Thomas was again ordered to stay away from the female victim and failed to do so.  Deputies attempted to place Mr. Thomas under arrest. Mr. Thomas began to resist their efforts. Mr. Thomas was subsequently subdued and handcuffed without further incident.
Mr. Thomas was charged with failure to obey a lawful order of police and resisting arrest. Mr. Thomas appeared before a District Court Commissioner and was released on his personal recognizance.