‘Drive Sober or Get Pulled Over’ Campaign
Will Target Impaired Drivers 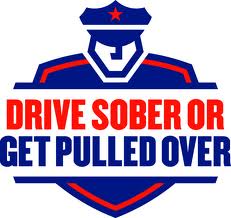 Pocomoke City, Maryland – From mid-August through Labor Day, local police will be out in force as part of the annual statewide “Drive Sober or Get Pulled Over” crackdown on impaired driving. The crackdown, which includes high-visibility enforcement throughout Maryland, will run from August 16 through the Labor Day holiday weekend.

“Impaired driving is one of the largest traffic safety problems in our region” said Ms. Gayle Waters. Every 47 hours, someone in Maryland dies in an impaired driving crash1. Last year in Maryland, impaired driving crashes killed 170 people and injured another 4,019 people. “The efforts of Maryland’s agencies, especially the Motor Vehicle Administration’s Highway Safety Office, are having a positive impact on achieving Maryland’s goal of Toward Zero Deaths. In 2012, deaths from impaired crashes decreased to 34% of the state’s total motor vehicle fatalities, compared to 37% in 2011.”

“Impaired driving is a public health issue, a highway safety priority and it’s a crime,” said Chief Kelvin D. Sewell.
Between 2008 and 2012, 875 people lost their lives in impaired driving crashes with 74% of the fatalities occurring at night. Being arrested for driving while impaired brings a wide range of negative consequences into one’s life. Impaired drivers face jail time, the loss of their driver’s licenses, and steep financial consequences such as higher insurance rates, attorney fees, court costs, lost time at work, and the potential loss of a job.

“Research has shown that high-visibility enforcement like the 'Drive Sober or Get Pulled Over' campaign reduces impaired driving fatalities by as much as 20 percent. By joining the statewide effort, we will make Maryland’s roadways safer for everyone,” .

Impaired driving takes a particularly heavy toll on young drivers, especially 18 to 34-year-old drivers. “We want to remind everyone that getting behind the wheel if you’ve been drinking or taking drugs is a terrible idea. Being impaired and under the influence affects your ability to safely operate a vehicle. It also affects your judgment and good sense about whether you can, or should drive,” added Chief Sewell.

During the campaign, Maryland drivers will be reminded to “Drive Sober or Get Pulled Over.” Advertisements on billboards, transit shelters and targeted gas pumps as well as radio and digital components will be visible throughout the State.

Driving impaired is simply not worth the risk. So don’t take the chance. Remember, Maryland enforcement agencies will be out in force and we will be watching, so ‘Drive Sober or Get Pulled Over.”
Posted by jmmb at 11:07 AM

theres your warning! get off the highway, drive in town