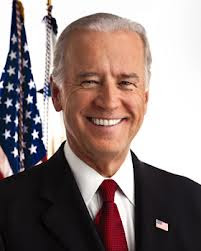 Vice President Joe Biden will visit the Port of Baltimore today as part of a tour of East Coast ports seeking federal money to accommodate increased freight expected from the Panama Canal in coming years.

The White House said last week Biden would add Baltimore to an earlier announced line up of visits to the ports of Savannah, Ga., and Charleston, S.C. Biden is scheduled later this month to visit Panama, where an expansion of the canal is expected to be completed in 2015.

The federal money will be matched with a state grant of $19.5 million.

Nothing but stimulus money given to create the appearance of more jobs created. No mention of the major vehicle importer who picked up and moved their business to Norfolk ports.