IF the Worcester County Santa House closes its doors there will be no more Christmases like this one for the less fortunate in the county. 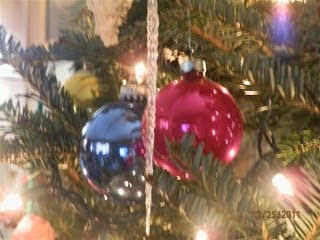 “The community we live in is a very benevolent one and it was extraordinary to witness the giving spirit during the holiday season,” said Ocean City Police Chief Ross Buzzuro. “Partnering with the Santa House was a great idea and we hope to continue this partnership in the future. We were able to serve the families of Ocean City as well as throughout Worcester County.”
Several Ocean City businesses and organizations contributed to the success of the Food and Toy Drive. Contributions were made by the Toys for Tommy campaign, Delmarva Condominium Managers Association, Atlantic Physical Therapy, Ocean City Parrotheads Clubs, Fager’s Island, Caine Woods Association, Ladies Hibernians, and the many people who donated directly to the Santa House. We would also like to thank all of the community members who dropped off toys and donations throughout the holiday season.

Thanks to all of these donations, families all over Worcester County will have a joyous holiday season and children will have a gift to open Christmas morning. OCPD would like to thank each and every one of you.

Submitted:
Ocean City Police Dept.
Posted by jmmb at 7:05 AM