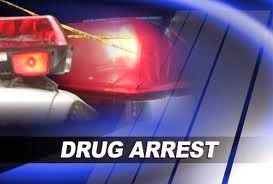 On that date the Criminal Enforcement Team conducted a traffic stop of a vehicle that was destined to the Berlin area from Delaware for purpose of distributing a quantity of heroin to an undercover detective.

During the course of this traffic stop, an individual identified as Edwin D. Horner, Age 45, of Milton, Delaware and a Juvenile, Age 17, were found to be in possession of 50 individually wrapped bags of heroin. These same two individuals are also involved in the distribution of Oxycodone to an undercover detective of the Worcester County Criminal Enforcement Team earlier in this investigation.

The individuals were charged with the following offenses: