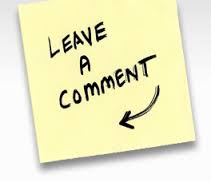 I think the family and friends (if he has any) need to do an intervention on Jonathan Taylor. He has an addiction which compels him to try and bring those he is jealous of down.
The fact aside that he really does have much to be jealous of i.e. his lack of successes in life, his morbid obesity (another addiction) and his pauper status in life (his own fault), his baseless, unfounded and illogical rants are signs of severe deprivation of normal mental clarity and judgement. In other words his addiction is taking over his life and is not healthy and put bluntly is a reflection on his family and family life. In other words White Trash family comes to mind. No person who was raised by a decent mother and father would act the way he does nor would any wife with an ounce of decency and morals allow her husband to act the way he does.
His obsession bounces back and forth between Pocomoke and our most competent and extremely professional States Attorney Beau Oglesby.

I agree with Slim to a point. I would think it would be his family who would want to save their reputation. As a woman I can assure you, there isn't enough money in the world anyone could pay me to give such a disturbed person as Jonathan Taylor a second look much less marry him. It takes a lower person then him to willingly attach themselves to him. As far as his mother, I would be mortified to have such a son. His actions are a direct result of his upbringing. His actions so very much do scream White Trash losers who never have done a thing productive or positive their entire lives.