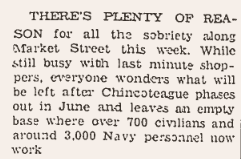 One day late in 1958 Pocomoke City was jolted by shocking news it feared would deal a devastating blow to our town and to the lower Eastern Shore.  The fears became reality and the effects were felt for decades after and to this very day. But it was not without valiant and dedicated efforts that we and our nearby neighbors tried to prevent the closing of the U.S. Naval Air Station in Chincoteague.

The battle was not won but the spirit to stand up and rally together to fight the good fight reflects honor reserved and deserved for a generation that preceded many of us. 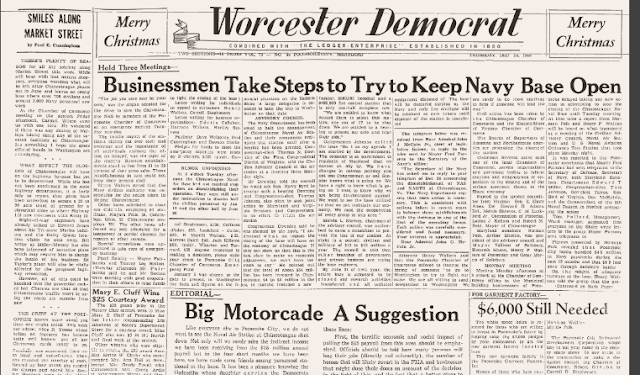 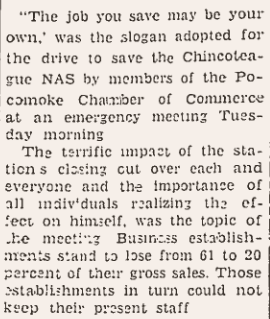 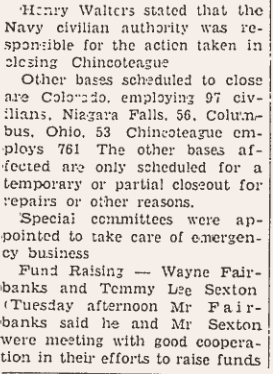 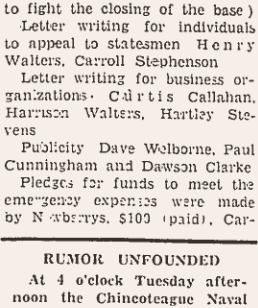 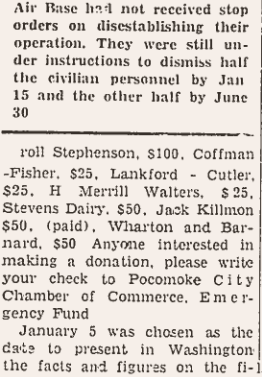 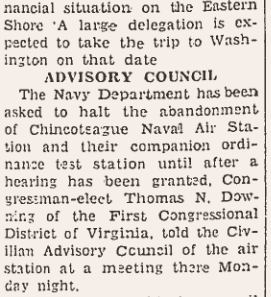 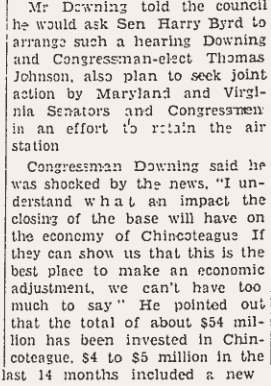 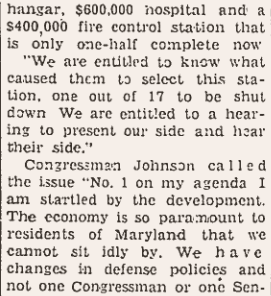 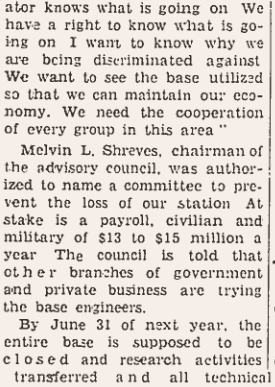 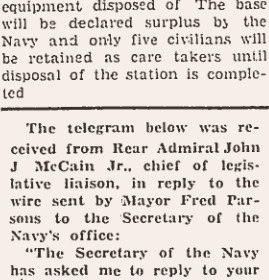 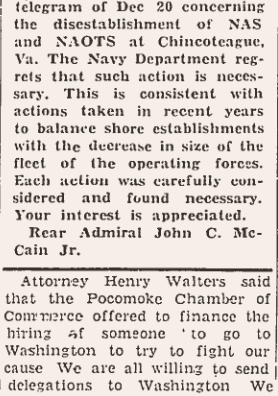 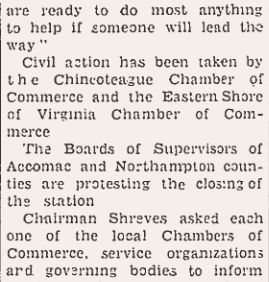 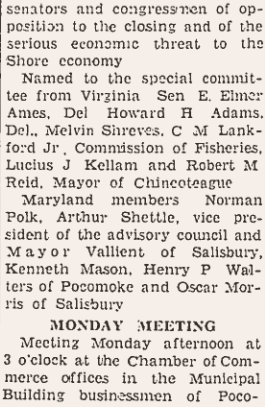 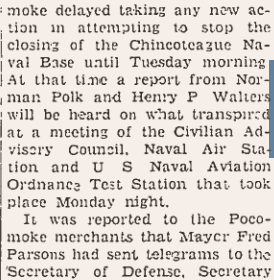 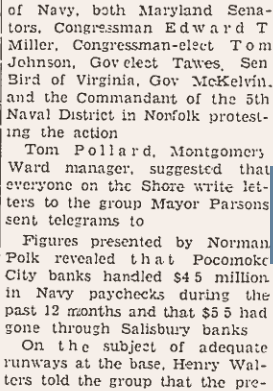 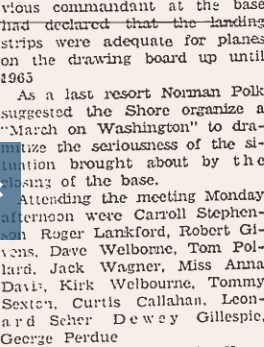 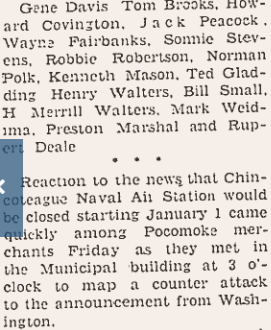 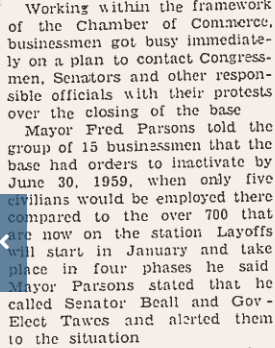 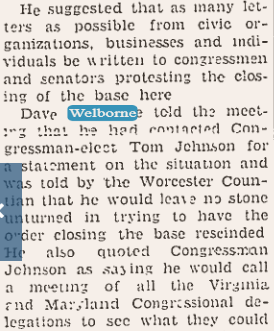 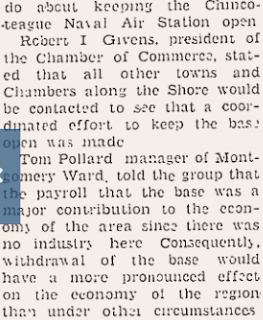 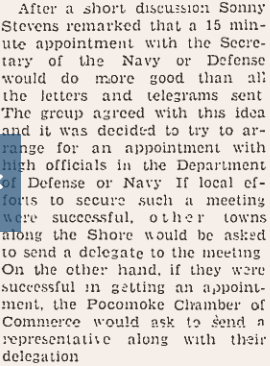 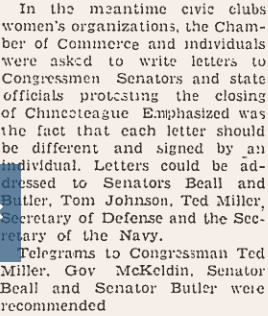 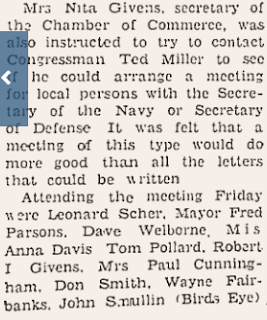 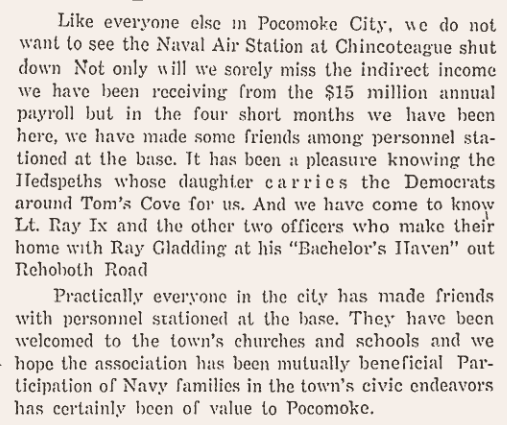 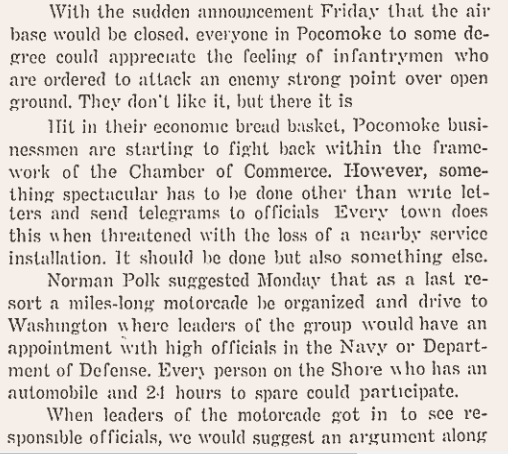 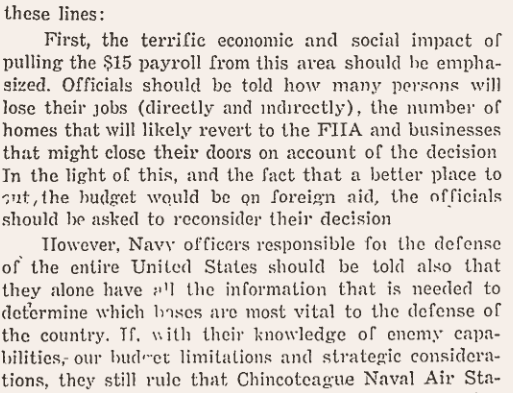 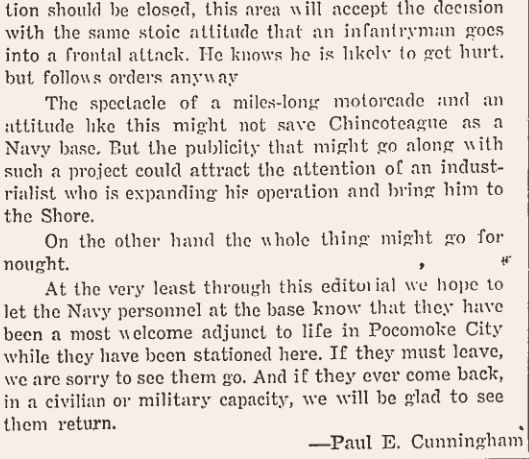 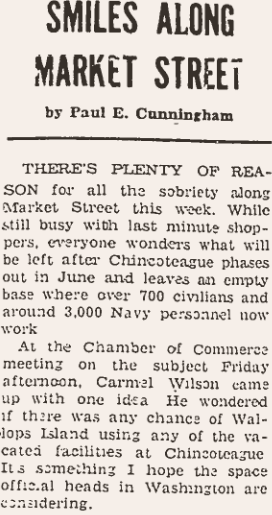 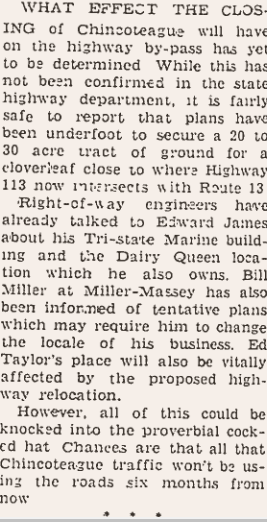 Now the good news.. six decades in the making. A WBOC news story just this past week reports on the very significant economic impact NASA's Wallops Island is making. "NASA Wallops employs nearly 1,100 people . There are roughly another 600 employed with the Navy, NOAA and private companies like S.R.S."