And the metropolitan media says...? 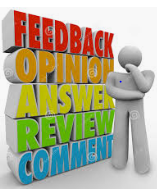 Don't I recall past times when the city newspaper and broadcast media on the other side of the bay in covering race sensitive issues have put little old Pocomoke City on the Eastern Shore in their news giving the impression we're a relic from a bygone era?

Well now in view of Wednesday's peaceful community rally (and with even the Pocomoke Police Department participating) let's see if they give us a mention.

If you have read or seen a report from our big city friends please leave a comment here so their coverage is acknowledged.
Posted by tk for PPE at 11:53 AM

Yes, Pocomoke City is a relic of a bygone era, the era when city leaders could run government by fiat or backroom discussions. The Mayor and Council have discovered that they don't really have to have elections and no one will care.
Two months ago it was decided, regardless of what the City Charter says, that the election should be postponed because of "safety". But on Tuesday the State of Maryland decided that it was safe to hold the statewide primary election and on Wednesday the City of Pocomoke decided it was safe enough to hold a rally down Market Street. Will Pocomoke City have elections in 2020? Or ever again?