WASHINGTON (AP) — The top two national security advisers in President Obama's Cabinet on Wednesday denounced plans by a small church in Florida to burn the Muslim holy book to commemorate the Sept. 11, 2001, terrorist attacks, saying it would inflame tensions and put Americans abroad at risk.

Secretary of State Hillary Rodham Clinton and Defense Secretary Robert M. Gates said the plan was ill-advised and echoed concerns first raised by the U.S. commander in Afghanistan, Army Gen. David H. Petraeus, who warned that the proposed weekend event would place the lives of American troops in jeopardy there and elsewhere. U.S. officials in Iraq agreed.

In remarks to the Council on Foreign Relations in Washington, Mrs. Clinton called the plans "outrageous" and "aberrational" and said they do not represent America or American values of religious tolerance and inclusiveness.

She also lamented that the tiny Dove World Outreach Center congregation in Gainesville had gotten so much attention for what she called a "distrustful and disgraceful" means of marking the ninth anniversary of the Sept. 11 terrorist attacks.

"It is regrettable that a pastor in Gainesville, Florida, with a church of no more than 50 people can make this outrageous and distrustful, disgraceful plan and get the world's attention, but that's the world we live in right now," Mrs. Clinton said. "It is unfortunate; it is not who we are," she said.

Through a Pentagon spokesman, Col. David Lapan, Mr. Gates added his voice to the growing controversy.

"No one is questioning the right to do these things. We are questioning whether that's advisable considering the consequences that could occur," Mr. Lapan said. "General Petraeus has been very vocal and very public on this, and his position reflects the secretary's as well."

Gen. Petraeus on Tuesday said that "images of the burning of a Quran would undoubtedly be used by extremists in Afghanistan — and around the world — to inflame public opinion and incite violence." In addition, Gen. Raymond T. Odierno, the former top commander in Iraq, said Wednesday he feared extremists will use the incident to sow hatred against U.S. troops overseas.

In Iraq, where almost 50,000 American troops are still serving, U.S. Ambassador to Iraq James Jeffrey and the commander of U.S. forces in Iraq, Gen. Lloyd Austin, joined in the condemnation, calling the plan "disrespectful, divisive and disgraceful." 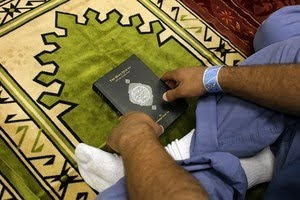 "As this holy month of Ramadan comes to a close and Iraqis prepare to celebrate Eid al-Fitr, we join with the citizens of Iraq and of every nation to repudiate religious intolerance and to respect and defend the diversity of faiths of our fellow man," they said in a joint statement released by the U.S. Embassy in Baghdad.

Despite the widespread condemnation, the Rev. Terry Jones, the church's pastor, has vowed to go ahead with the event.

Mrs. Clinton appealed for Mr. Jones to reconsider and cancel. And, in the event he goes ahead with the plan, she suggested to laughter from the audience, that the news media ignore it.

"We are hoping that the pastor decides not to do this," she said. "We're hoping against hope that if he does, it won't be covered as an act of patriotism."

"We want to be judged by who we are as a nation, not by something that is so aberrational, and we will make that case as strongly as possible."