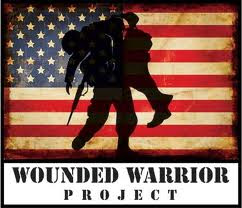 
CHINCOTEAGUE, Va., Now in its 87th year, the Chincoteague Annual Carnival and Pony Penning event will kick off Fri., June 29 with a special focus on military men and women in uniform during every carnival weekend. The event begins with a patriotic rendition of the National Anthem and a posting of colors by the American Legion Post 159. The carnival grounds gate opens at 6:30 p.m. and the first 100 people admitted will receive a fire company souvenir.


The Chincoteague Volunteer Fire Company will recognize men and women in uniform every weekend from June 29 – July, with a special focus on the U.S. Army the first weekend and additional honors for the U.S. Marines, U.S. Navy, U.S. Air Force and U.S. Coast Guard during consecutive July weekends. On the weekend their branch of service is recognized, active service members with a military id will receive a free carnival ride wristband and military dependents will receive 50 percent off the price of rides. In honor of the U.S. Military, the Fire Company will donate the sale of one wild Assateague pony to the Wounded Warrior Project.


Denise Bowden, spokeswoman for the Fire Company, and a Chincoteague Volunteer Firefighter said "This is one more way for us to show our sincere appreciation for the sacrifices our men and women in uniform make for our country. These brave service members of the true heroes of the world."


Since 1925, the Chincoteague Fire Company volunteers have organized the Carnival, Pony Swim and Auction, an event made famous by Marguerite Henry's novel "Misty of Chincoteague" and the 20th-Century Fox film that followed. Each year, the firefighters adopt a charity to which they donate proceeds from the sale of a pony at auction. Chincoteague has been named the best beach town in America.


The tradition of pony gift-giving is further kept alive each year by the Feather Fund, which encourages children to work hard for something they love. Many children come to Chincoteague each year with the dream of buying a pony at auction, but may not be able to afford a winning bid. The tradition carried on by the Feather Fund in memory of a generous woman named Carollynn Suplee, awards a pony to a child who has submitted an essay to the Fund, and who has demonstrated a commitment to caring for a pony or horse. Mrs. Suplee is no longer living but her pony-giving tradition lives on thanks to Lois Szymanski, book author and journalist, who established the Feather Fund in 2004 after the death of Mrs. Suplee, who gave her children a pony they called SeaFeather. Biblical Psalm 91:4 inspired Mrs. Suplee, and Mrs. Symanski, who was also touched by the Psalm, named her non-profit organization the Feather Fund. The Psalm reads: "He will cover you with feathers, and under his wings you will find refuge; his faithfulness will be your shield and rampart." To learn more about this inspirational story, visit www.featherfund.org. For more details about the Chincoteague Volunteer Fire Company, and its annual fundraising event, visit www.cvfc3.com

The Chincoteague Fireman's Carnival opened this evening with opening ceremonies held at 7 p.m. on the carnival grounds. 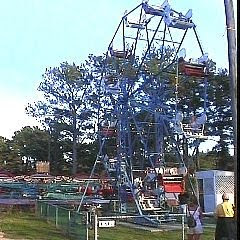 The carnival will be open Thursday, Friday and Saturday this week. Saturday night there will be fireworks in celebration of our nation's birthday. Since July the Fourth falls on a Sunday, the fireworks will go off at 10 p.m. in front of the carnival grounds.

The carnival will be open the first three days from 7 to 11 p.m.

This year's world famous Pony Swim will take place July 28 and the Pony Auction will be held July 29.

This is the 85th annual Chincoteague Volunteer Fireman's Carnival and everyone is invited to enjoy the food, fun, rides and games.