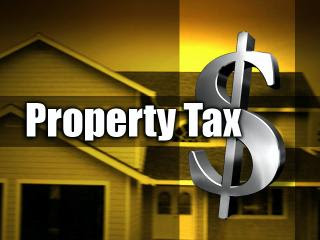 HALLWOOD -- A Hallwood resident came home recently to find a man hauling his possessions out of his house after it was mistakenly sold by Accomack County in an auction to collect delinquent taxes.

Eugene L. Justice owns the house at 12211 Mears Station Road in Hallwood, but it is shown on the county tax maps as belonging to the owners of the property next door -- an empty lot that was supposed to have been sold for back taxes.

That property is owned by C. Sheppard and Emma Griffin, according to county records.

Justice's mother, Dorothy Justice, who lives nearby, said her son called her and told her a man with sunglasses was at the house, telling him he had bought it.

Justice does not live in the house but stores items there and visits it from time to time, his mother said.

The man "cleared the house out," including a drum set and furniture, and broke some of the items, she said.

"They don't want me to talk about it," Dorothy Justice said, identifying "they" as "the county people."

An employee at the Accomack County Assessor's Office discovered the mapping error after Justice came into the clerk's office.

"His concern was, he went to the property and the new owners informed him they had purchased the property," said Clerk of the Circuit Court Samuel H. Cooper Jr. "He knew something was wrong because that had been the family home for many years."

It appears the two parcels had been reversed on the tax maps for years, likely before the Assessor's Office was created back in 1980, County Assessor Brent Hurdle said.

Treasurer Dana Bundick said the Assessor's Office notified her of the problem but said she has not been contacted by any of the parties involved.

Accomack's collection attorney, James Elliott of York County, said Monday no one had told him about the problem. He identified the purchaser of the property as Greg O'Bier, who is listed as a Delaware resident on county records.

Elliott said the error falls under an area of law called "mutual mistake of fact" and said the best course of action now is to "put everybody back" where they were before the sale and "untie the knot."

About damages to Justice's possessions, Elliott said, "I only sell land; I don't sell furniture."

He said property sold at tax sale auctions do not include the contents of the house.

"If you take something that's not yours, buyer beware," he said.

Bundick in January signed a memorandum of understanding with the Accomack County Board of Supervisors in which she agreed to pursue a more aggressive policy to collect delinquent taxes in return for her office being given $40,000 more this year to help pay for the work involved.

Elliott represents more than 30 localities in Virginia, including Accomack and Northampton counties. His office oversees the sale at auction of some 500 parcels a year to collect delinquent real estate taxes.

His website states that parcels sold are "subject to any discrepancies on the county, city or town's land maps and to possible rights of parties in possession, encroachments, overlaps, overhangs, deficiency in quantity, all questions of boundaries, location and acreage which a current and accurate survey would disclose, roadways, unrecorded easements or any other matter not of record which could be disclosed by inspection of the premises."

Eight tax sales have been held in Accomack County so far this year, with one more scheduled this week, according to Elliott's website.