One Year In Jail For Marijuana Possession In Worcester County 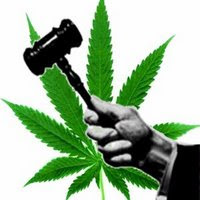 SNOW HILL -- Darnell Kelley will spend one year in prison and three years on supervised probation after pleading guilty to possessing drugs with the intent to distribute them.

Kelley was charged with felonies in May after police found 75 pounds of marijuana in the trunk of the rental car he was driving during a traffic stop.

"My client was by no means the only one involved," said James V. Anthenelli, Kelley's lawyer, saying the Infiniti Kelley drove was rented by Kelley's father, Modis L. Chandler, who was in the car when police stopped the vehicle for speeding.

Anthenelli said he was "very pleased" with Circuit Court Judge Richard R. Bloxom's decision to suspend four years of Kelley's five-year sentence, which will be served in the Worcester County Detention Center.

"This is my client's first criminal offense," said Anthenelli. He presented tax return records to the court, showing Kelley had a steady income in 2007 and 2008 until the "wheels fell off the bus" after he became unemployed.

Kelley, 24, and Chandler, 40, both of Newport News, Va., were traveling south on Route 113 near Old Virginia Road when they were stopped for speeding.

Maryland State Police called in a K-9 unit, which alerted police to the trunk of the car, where they found 75 pounds of marijuana in two gym bags, according to court records.

Worcester County Assistant State's Attorney Julie Guyer presented the case in front of Bloxom on Thursday. She declined to comment on Kelley's sentencing because charges against Chandler are still pending.