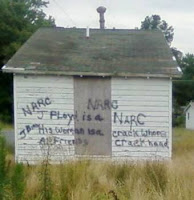 The Eastern Shore Drug Task Force is seeking information related to the recent rash of graffiti throughout Accomack County.
A cash reward is being offered for information leading to an arrest.  Individuals who provide information are NOT required to testify and may remain anonymous. 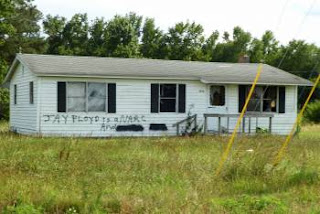 Anyone with information related to the graffitti investigation, ongoing drug activity or any other drug activity is asked to contact the Eastern Shore Drug Task Force @ 757-387-2515. 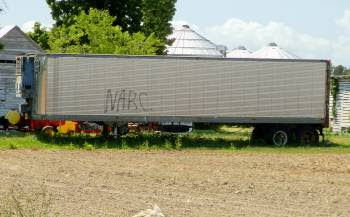 A total of 155 marijuana plants were seized during the operation with a mature street value of over $400,000.00. Multiple arrests are pending and the investigation continues.


If you have any information related to the cultivation of marijuana or any other drug activity, you can contact the appropriate Sheriff's Office or the Eastern Shore Drug Task Force.
A reward is offered for information that leads to an arrest for the distribution of or the recovery of illegal narcotics and you do not have to provide your identity.

Source; shoredailynews.com
Posted by jmmb at 7:30 AM No comments:

A coalition between the Worcester County and Accomack County Sheriff's Offices has created the Eastern Shore Drug Task Force, devoted to working together and with federal authorities to seek out and prosecute those who travel over state lines to sell drugs.

Cpl. Nate Passwaters is a member of the Worcester County Sheriff's Office, but he's also deputized in Accomack County and by the Bureau of Alcohol, Tobacco and Firearms.

"Drug dealers don't have boundaries like we do," says Passwaters.

Since forming, the task force has charged about 20 alleged drug dealers, all of whom frequently crossed state lines, police officials said. The cooperation between agencies has helped with the flow of information, they say, conducting surveillance operations and getting warrants issued.

"They are under the assumption we are limited in our enforcement," says Passwaters. "It gives them a false sense of security, where they say 'I'm in another state, so it's going to be harder to prosecute me.' "

The select number of officers who serve on the task force may have jurisdiction in other counties, but they can't simply follow suspects wherever they want to. The cases must have a drug component to them.

"I can't just go into Accomack and say, I think I'm going to stop cars today," says Passwaters. He is currently working with Delaware State Police to set up a similar agreement.

Several cases have been prosecuted on the federal level, based on the quantity of drugs recovered or the presence of firearms, which allows the task force greater access to federal resources and prosecutors. It is also the reason Passwaters is deputized as an ATF officer.

Passwaters says the Sheriff's Office also works with agencies in Somerset and Wicomico counties to share information and collaborate on complex cases.

EASTVILLE — Three Northampton County men have been charged in New Jersey with second-degree conspiracy and other offenses related to a large gun trafficking network.

Charged are Jonathan Johnson, 28, of Cape Charles, Bobby Lee Henderson, 24, of Townsend, and Larry Nottingham, 28, of Eastville, according to the New Jersey attorney general’s office.

The three men were charged in connection with indictments against Trayle Beasley, 29, of Trenton, N.J., who police say led a network that trafficked guns from the Eastern Shore, including firearms recovered in connection with several homicide and narcotics investigations.

The offense is a first-degree crime and carries a maximum sentence of 20 years in prison and a $500,000 fine.

Beasley grew up in New Jersey and on the Eastern Shore, reports indicate.
Amoi Smith, 21, of Cranbury, N.J., was also charged and faces a second-degree conspiracy charge, along with the four others.

Smith allegedly accompanied Beasley to the Shore to acquire guns and the two are charged in a pending indictment in connection with a New Jersey armed robbery last year, officials said.

Locally, Johnson would allegedly obtain guns for Beasley or arrange meetings for him to purchase guns locally, for cash, marijuana or other narcotics. Henderson and Nottingham allegedly sold guns that Beasley transported or attempted to transport to New Jersey.

Beasley is being held in the Mercer County, N.J., Jail with bail set at $250,000 cash. Arrest warrants were issued for the other four defendants in connection with the indictment.

The indictment is the result of an investigation by the State Police – ATF Joint Firearms Task Force, Trenton Police Department and several other New Jersey police departments and Eastern Shore Drug Task Force.

The Eastern Shore Drug Task Force is a partnership of Virginia State Police, the Northampton Sheriff’s Department and the Accomack Sheriff’s Department.
Johnson in May was charged with a federal offense of conspiracy to distribute more than 5 kilos of cocaine. 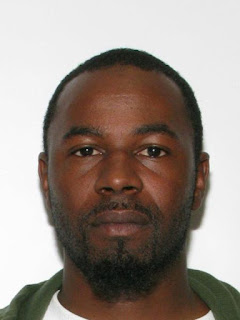 The Virginia State Police, the Eastern Shore Drug Task Force, and the DEA's Norfolk Office are currently searching for a notorious drug dealer wanted on a federal warrant stemming from a multi-agency investigation in Northampton County on Virginia's Eastern Shore.

Jonathan Manwell Johnson, 28, is a black male, 5 feet 8 inches tall, and 160 pounds. He has black hair and brown eyes. His last known address was in the 2700 block of Arlington Road in Northampton County. Johnson has family in the Philadelphia area, and may flee there to avoid prosecution.

Johnson is known to carry firearms and has a violent criminal history. He should be considered armed and dangerous. He is wanted for conspiracy to distribute more than 5 kilos of cocaine.

A reward is being offered for information resulting in the arrest of Johnson.
Anyone with information on this subject is asked to contact the following agencies. Anonymous tips are welcome.

www.wtkr.com
Posted by jmmb at 7:00 AM No comments: