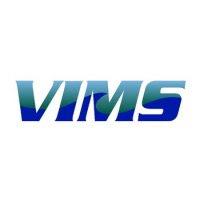 A fire destroyed the main research building at the Eastern Shore Laboratory of the College of William and Mary’s Virginia Institute of Marine Science on Thursday.

Seaside Hall included a small library, classroom space, offices and laboratories. No one was inside the building, which broke out in the early hours of Thursday morning. Firefighters responded to the scene less than five minutes after receiving notice. The fire is under investigation by State Police.

Mark Luckenbach, director of the lab, says the fire destroyed all of the equipment and materials in the facility, located in Wachapreague. The 2,368-square-foot Seaside Hall held computers, microscopes, glassware and lab gear, along with a shellfish collection and preserved specimens of fish and invertebrates. A collection of pressed algae with specimens dating back to the 1960s was lost, as well. No living creatures were housed inside the building. 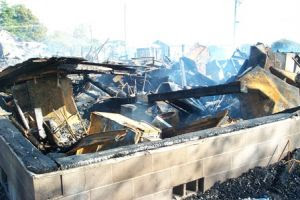 No computer data was lost, however, because digital files are backed up to servers in other buildings or on the web, Luckenbach says. The staff is now created an inventory of the building’s contents to file insurance claims. VIMS Risk Manager Carol Tomlinson is estimating the value of the building and its contents to be more than $1 million.

Two state biologists working for the Virginia Department of Games and Inland Fisheries and the Division of Natural Heritage, respectively, leased space in the building, and also lost materials and equipment.

Public events scheduled to take place at the building have been cancelled, including a lecture on summer flounder on Dec. 1.

The Eastern Shore Laboratory serves as both a field station for VIMS and as a site for resident research in coastal ecology and aquaculture. In its 40 years, it has become internationally recognized for its shellfish research.