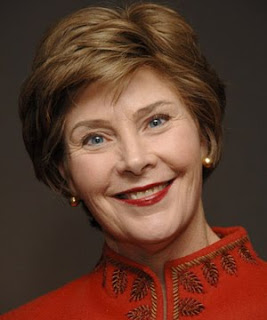 SHANKSVILLE, Pa. – Former first lady Laura Bush will speak at a National Park Foundation fundraiser in Pittsburgh on Friday, a day before joining Michelle Obama in rural Pennsylvania to remember the victims of Flight 93, which crashed there in the Sept. 11 attacks.

Bush's appearance is part of a wider effort to raise money for the memorial to the 40 passengers and crew who died after they fought back against their hijackers.

Just $40 million of the $58 million needed for the memorial has been raised, and the first phase of the project is scheduled to be dedicated in time for the 10th anniversary of the attacks next year.

A memorial plaza is under construction in these rolling hills, part of a long-awaited 2,200-acre national park that will eventually honor the victims. The finished memorial will include a 93-foot tower at the entrance with wind chimes for each of the victims and a grove of trees.

The project's planners say they hope Bush's and Obama's efforts help bring attention and much-needed cash to the project.

"In a world where there's so much politics, one thing we have always found is that our story and our efforts resonate across the board. And this is just one more indication of that," said Gordon Felt, the president of the Families of Flight 93, whose brother died aboard the flight.

Patrick White, whose cousin, Louis "Joey" Nacke II, died in the crash, called donating to the memorial "a patriotic thing to do."

"This is America's memorial, certainly primarily to the 40 heroes of Flight 93, but indirectly to the events of the day as well," he said. 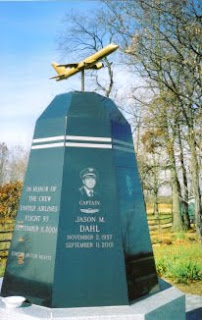 More than 1.2 million people have visited the temporary memorial since the crash. Planners predict that about 250,000 people will visit the permanent memorial each year.

The park foundation has recently stepped up its efforts to raise money, including a new public service campaign encouraging people to make a $10 donation by texting the word MEMORIAL to 90999, or to contribute online at http://us.rd.yahoo.com/dailynews/ap/ap_on_bi_ge/storytext/us_

Flight 93 was en route from Newark, N.J., to San Francisco when hijackers seized control and diverted it toward Washington, D.C. But the passengers fought back and the hijackers responded by crashing the plane about 60 miles southwest of Pittsburgh.

It's imperative to honor the victims, said David Beamer, whose son Todd was believed to have led the revolt with the words "Let's roll." He said some textbooks only casually reference Flight 93 as the fourth plane to crash on Sept. 11, with no details.