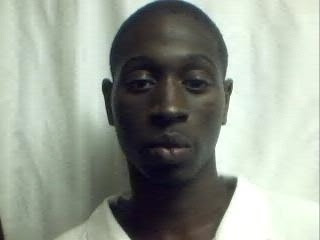 ACCOMACK COUNTY
A 23-year-old man has been indicted by a grand jury on charges including capital murder and robbery in connection with something that initially appeared to be a fatal traffic crash but was actually a shooting, a Virginia State Police news release said.

Brian Marquis Northan, of Accomack County, was being held in the county jail on unrelated charges. These new charges stem from a June vehicle crash.

On June 24 at 7:27 a.m., state police were called to the 20000 block of Bailey Road in Accomack County and found a 1996 Chevrolet pickup truck had run off the road and hit an embankment. Trooper K.J. Johnson found a body outside the vehicle, later identified as Anthony W. Wilson, 46, of Fenton, Del.

The trooper determined evidence at the scene was not consistent with a traffic crash, the news release said, and notified state police special agents. Further investigation revealed Wilson had been shot to death.

No additional details about what led to the fatal shooting were released.

ACCOMAC — A grand jury in Accomac Monday indicted 15 people, including three Painter men who police say have admitted involvement in a string of break-ins in that town in March and April.

James Phillips Johnson, 37, and Spencer Lee Sample, 53, both were indicted on eight counts of burlary and grand larceny related to a string of break-ins in March and April at two Painter residences and the Gravities Light clothing store.

Michael Lee Sample Jr., 25, was indicted on six counts related to break-ins at the residences.

An investigator with the Accomack County Sheriff’s Office interviewed the men in June, beginning with Johnson, who according to a criminal complaint filed in the case admitted his involvement and implicated the other two men.

Johnson told the investigator the three entered a home on Big Pine Road last spring and stole a television, lockboxes, a gun and some jewelry.

He said he and Spencer Sample also broke into the Gravities Light store in April, knocking out aair conditioner to enter through a window. They took items including pocketbooks and shirts, he said.

All three men also broke into a house on Hickman Street, Johnson said.

Some of the stolen items were later recovered in a wooded area on Indian Trail Road, according to the complaint.

Michael Lee Sample when interviewed the following day admitted involvement in the break-in at Big Pine Road but denied he participated in the one on Hickman Street.

George G. Gaskill Jr., 45, of Onley, unauthorized use of a motor vehicle.

Keenan S. Goodwine, 18, of Atlantic, robbery and use of a firearm.